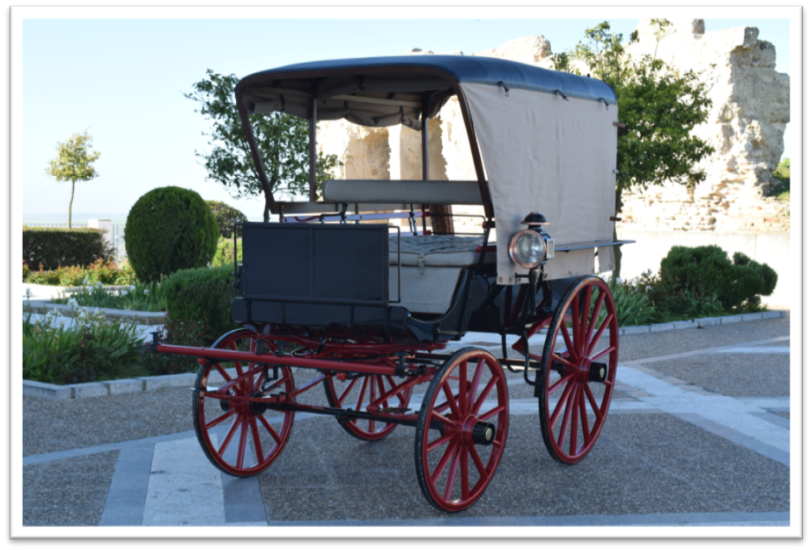 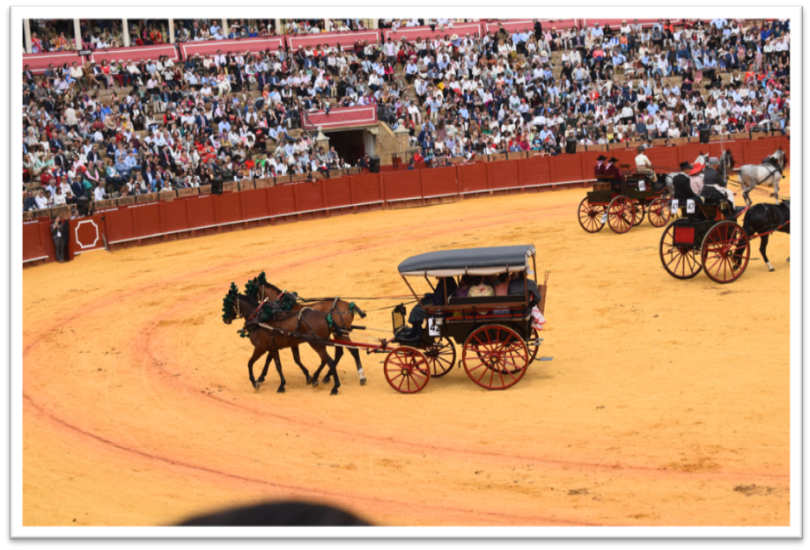 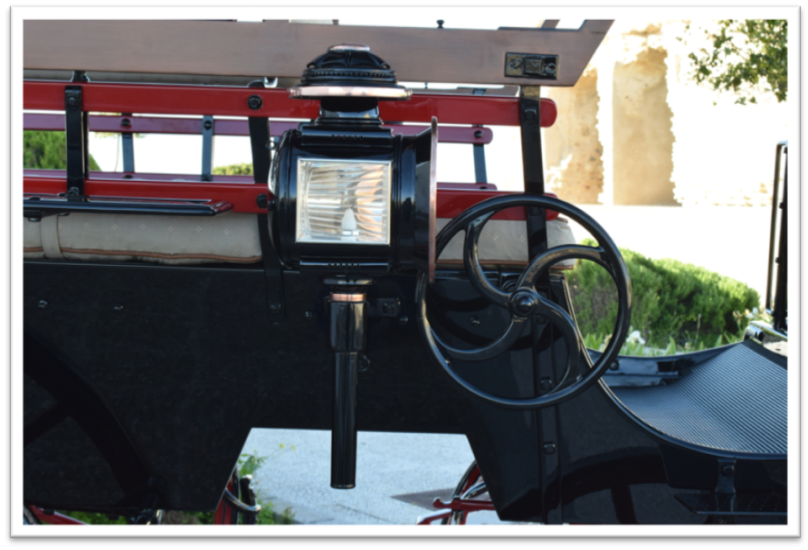 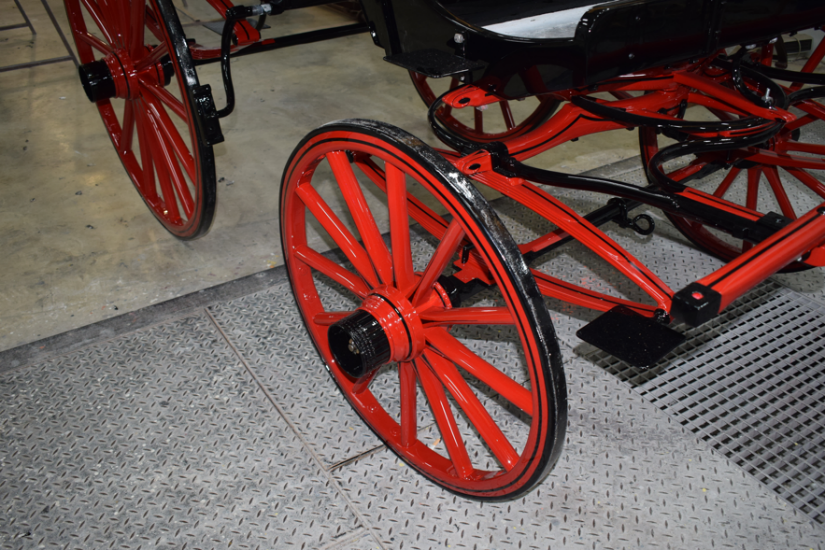 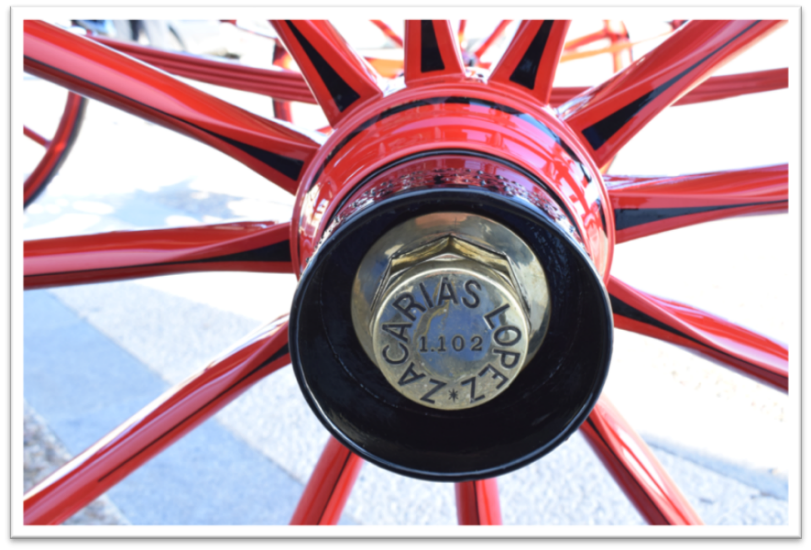 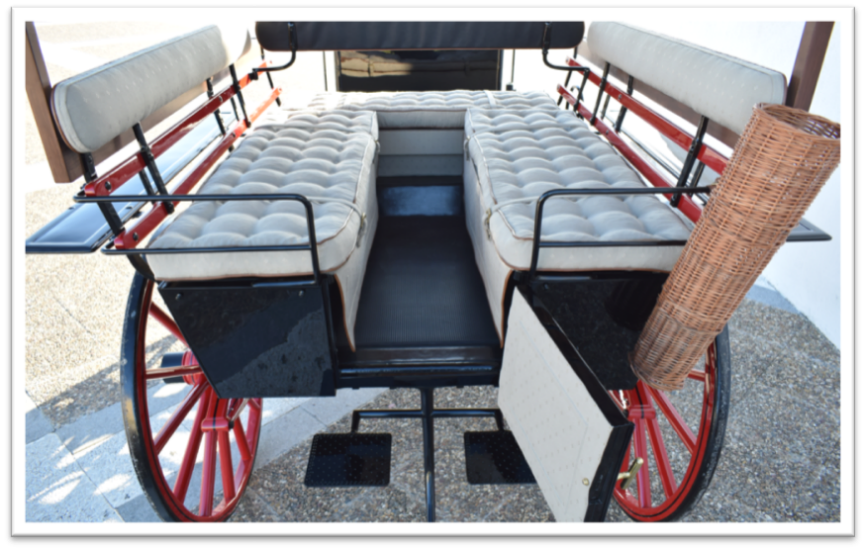 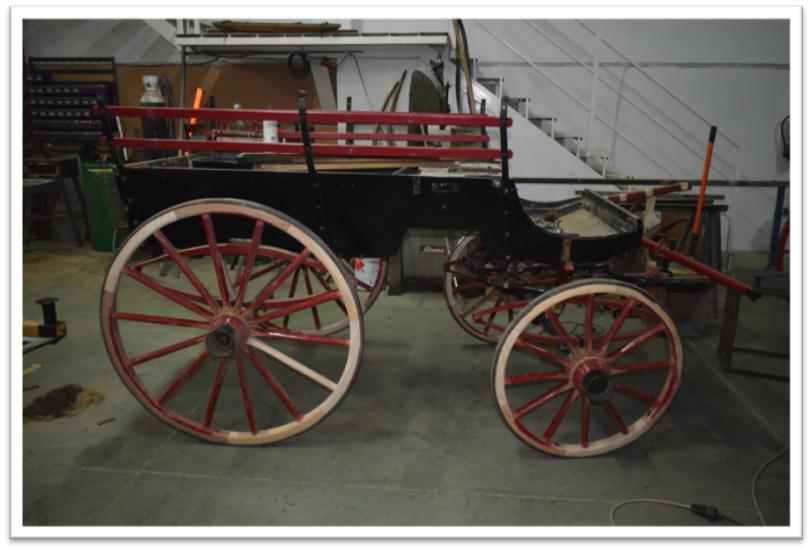 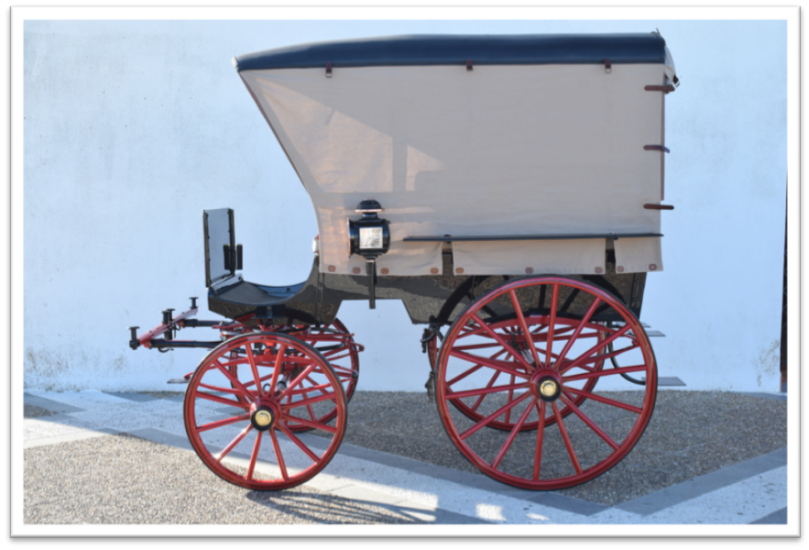 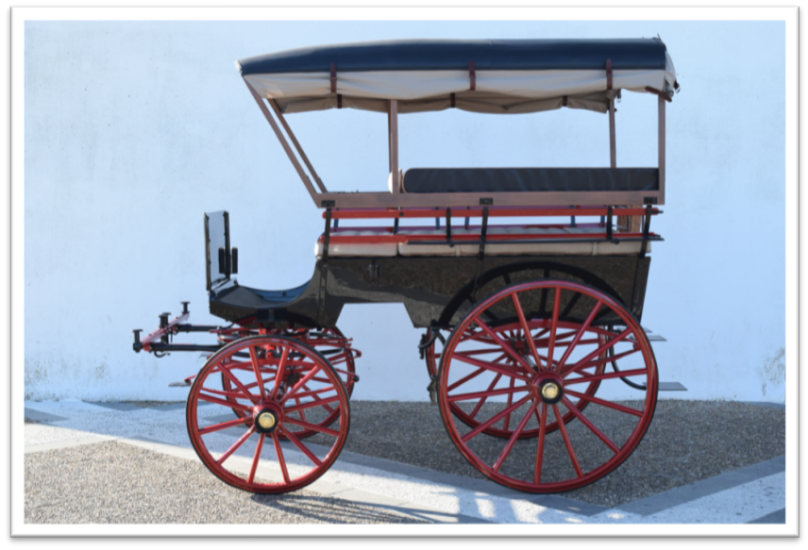 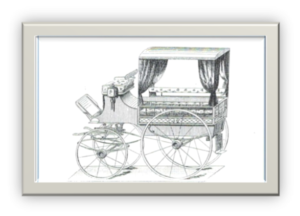 This rectangular four-wheeled wagonette normally comes with a canopy held up by four posts and roll-down curtains to protect passengers from the sun in summer and rain in winter. Depending on the size of the platform, they can seat between four and eight passengers, plus the driver and footman on the box. In Andalusia, this type of carriage has been and continues to be very popular as it is quite suited to transport, used to take people from the hotel to the station, on trips, for pilgrimages and festivities, often pulled by one horse or a pair. It was manufactured by Zacarías López, who established his workshop in Madrid in the 19th century and was chosen to restore one of the most prestigious carriages of the time (“La Carroza Negra”) between 1877 and 1879, now part of Spanish National Heritage.

After the standard visual inspection, we saw the carriage was in very poor condition, with the platform completely off-kilter, damage to the pictorial layer, rusted metal, hubs and hubcaps. The canopy was ripped and the curtains damaged in several places, having to be re-sewn.

The carriage was fully restored, including a general overhaul of the wood parts to undo the damage done by expanding and contracting. We fully restored the upholstery, keeping the original colour, cushions and backrest with plant stuffing, buttons and piping in natural leather. The project included reupholstering the inside of the canopy, seats and backrests in black imitation leather.