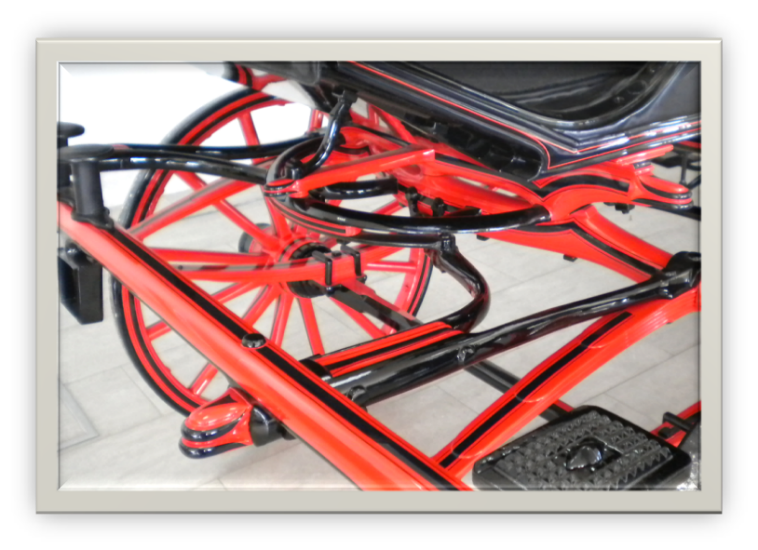 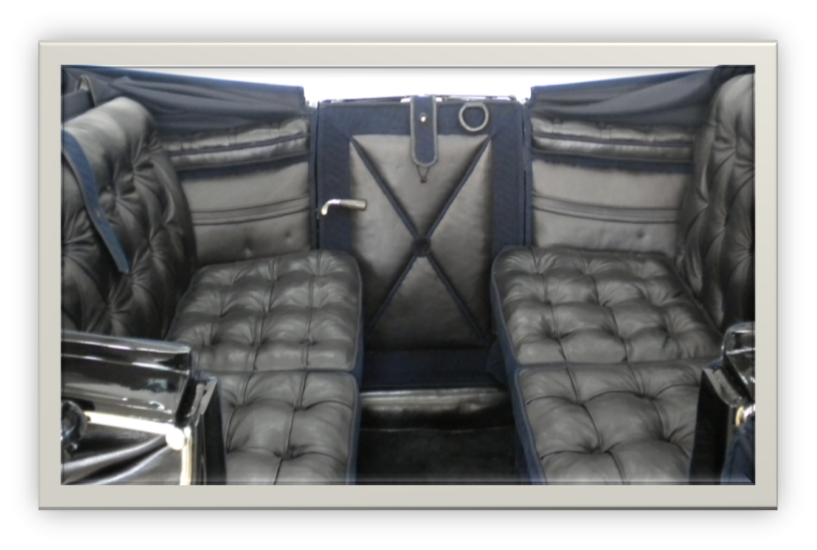 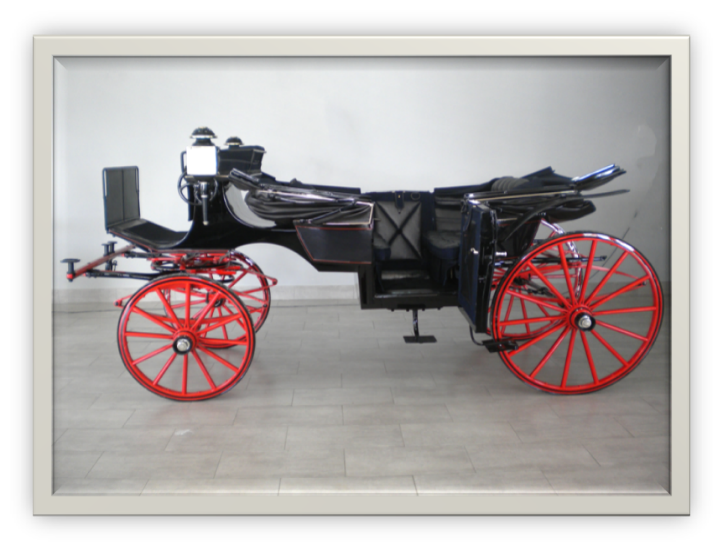 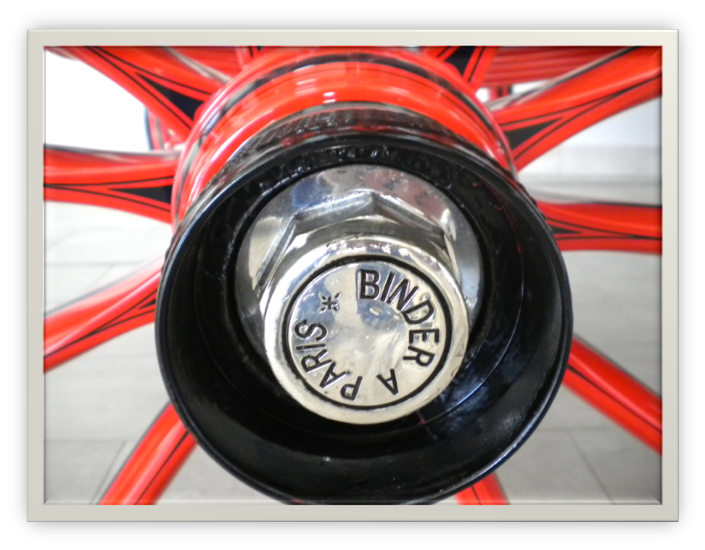 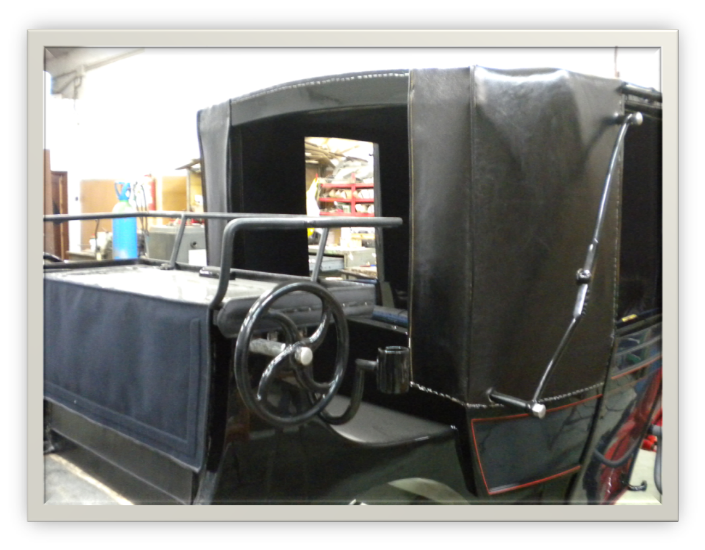 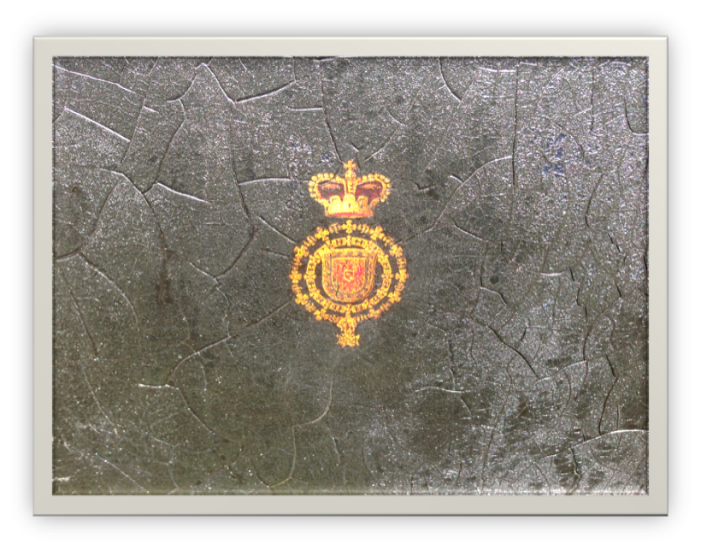 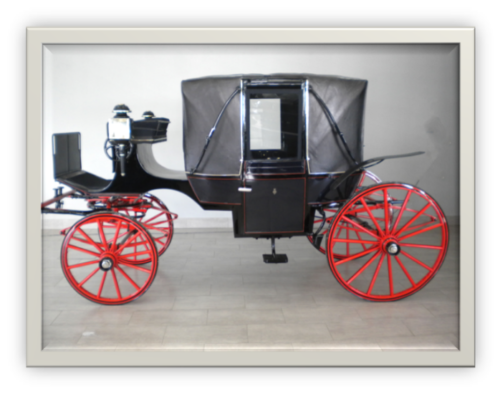 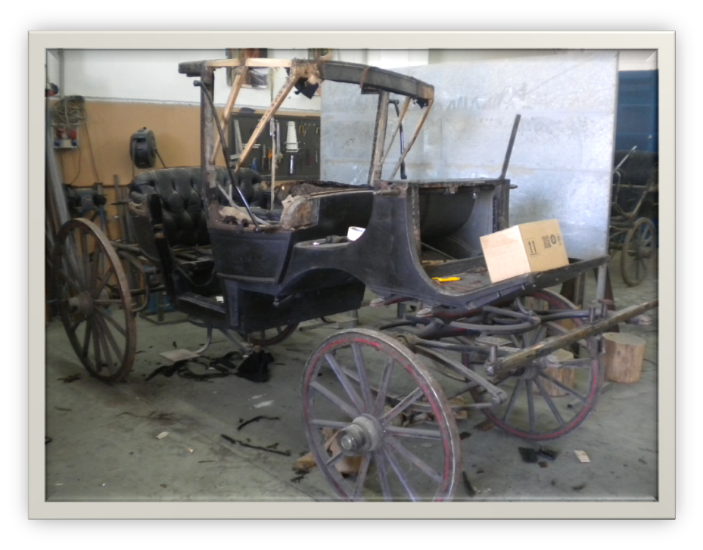 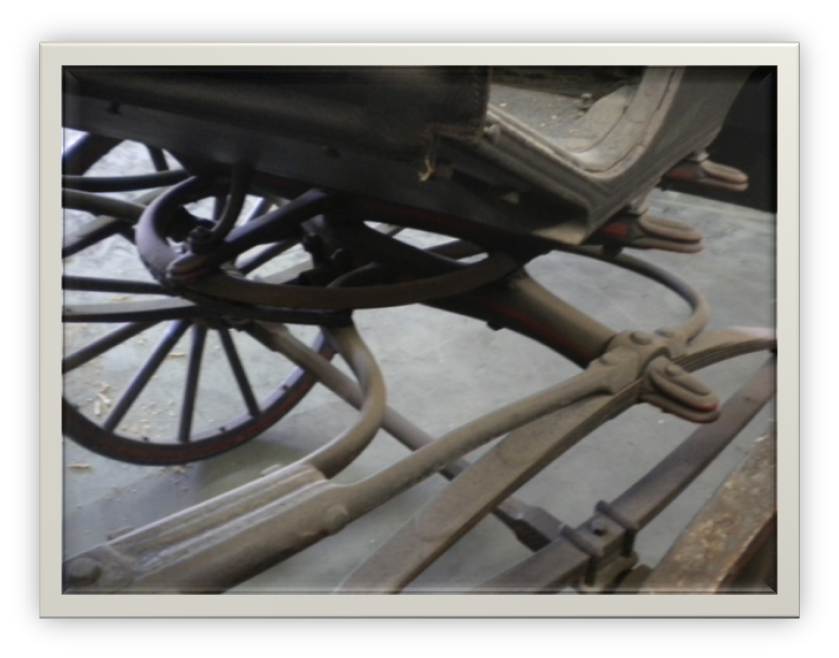 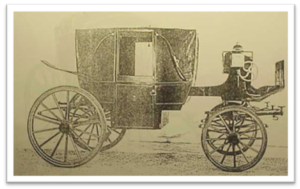 This type of carriage is originally from the German city of Landeau, from which it gets its name. In the late 18th century, the first carriages of this model began to appear, with a square or round platform. As it was designated a “luxury carriage” it was commonly used in ceremonies and even by Imperial Houses. Its shape was perfected in France, starting in 1850. Later, in England, it became one of the most commonly used carriages any time of year: uncovered in summer and covered in winter. The two-part top folds easily up and down to completely cover the platform, so it could be used on rainy days. When closed, the glass windows in the doors can be rolled up and down. They can be drawn by a pair, although for celebrations and longer trips a larger team of horses can be used.
The manufacturer, Mr Binder, left the French Army in February 1858 as a Council of State auditor second class for the War division. Between 1860 and 1862, according to M. Cottenet, he created the “ Henry Binder” carriages brand in Paris, aged 30. Although he had very little experience in the industry, he managed to quickly make a name for himself with the carriages he manufactured. His space at 31 Rue du Colisée had a display gallery, shop and, of course, his workshop.

After the standard visual inspection, we saw the carriage was in very poor condition, very dirty, with rust on the door latches and top and the base paint totally deteriorated over time. The upholstery had lost nearly all of its buttons. We began the standard restoration process, including pest control and protecting the wood. Noteworthy parts of the project include the new shaft, sandblasting many rusted pieces to clean and seal them, and totally restoring the upholstery, including the buttons on the seats and backrests.