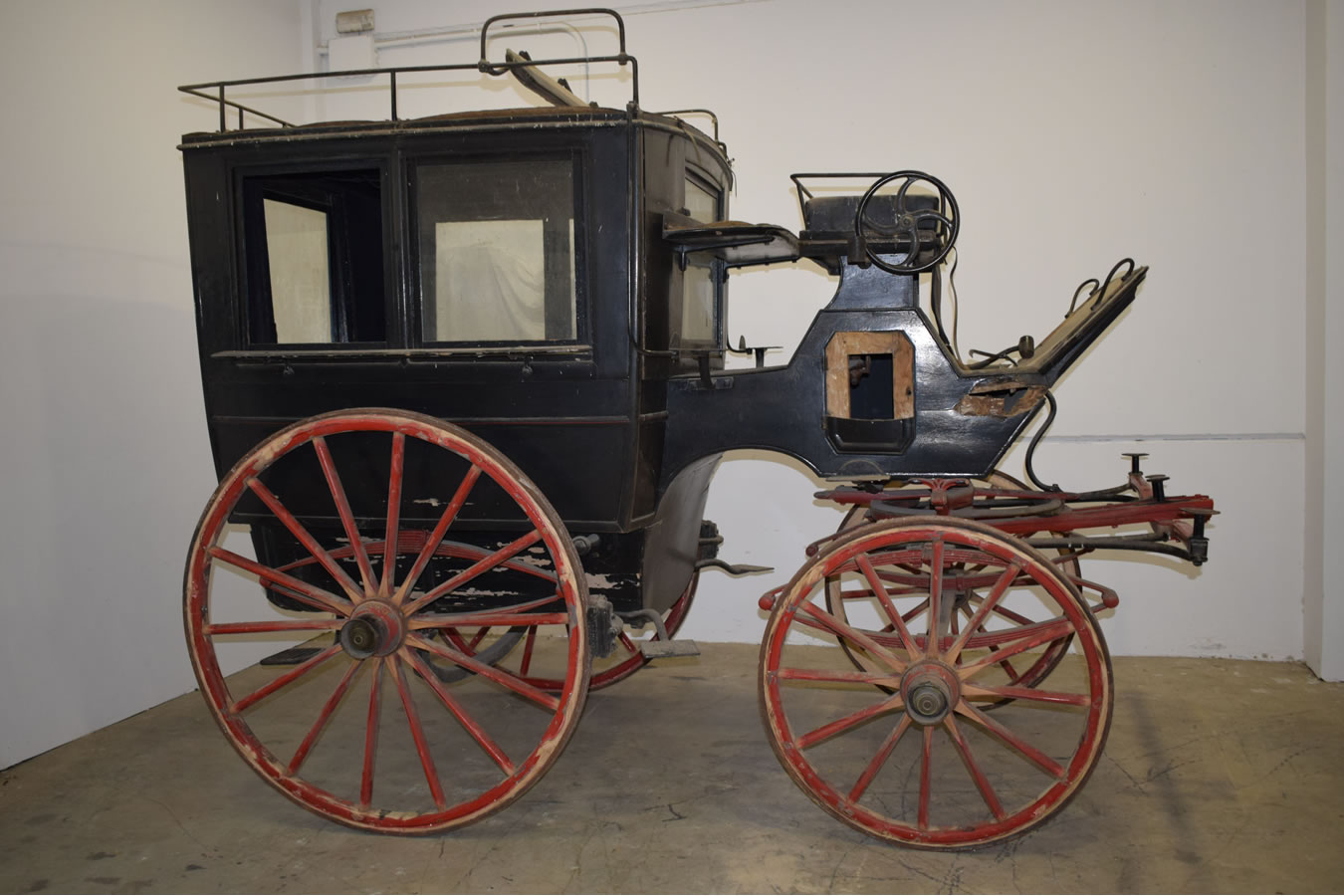 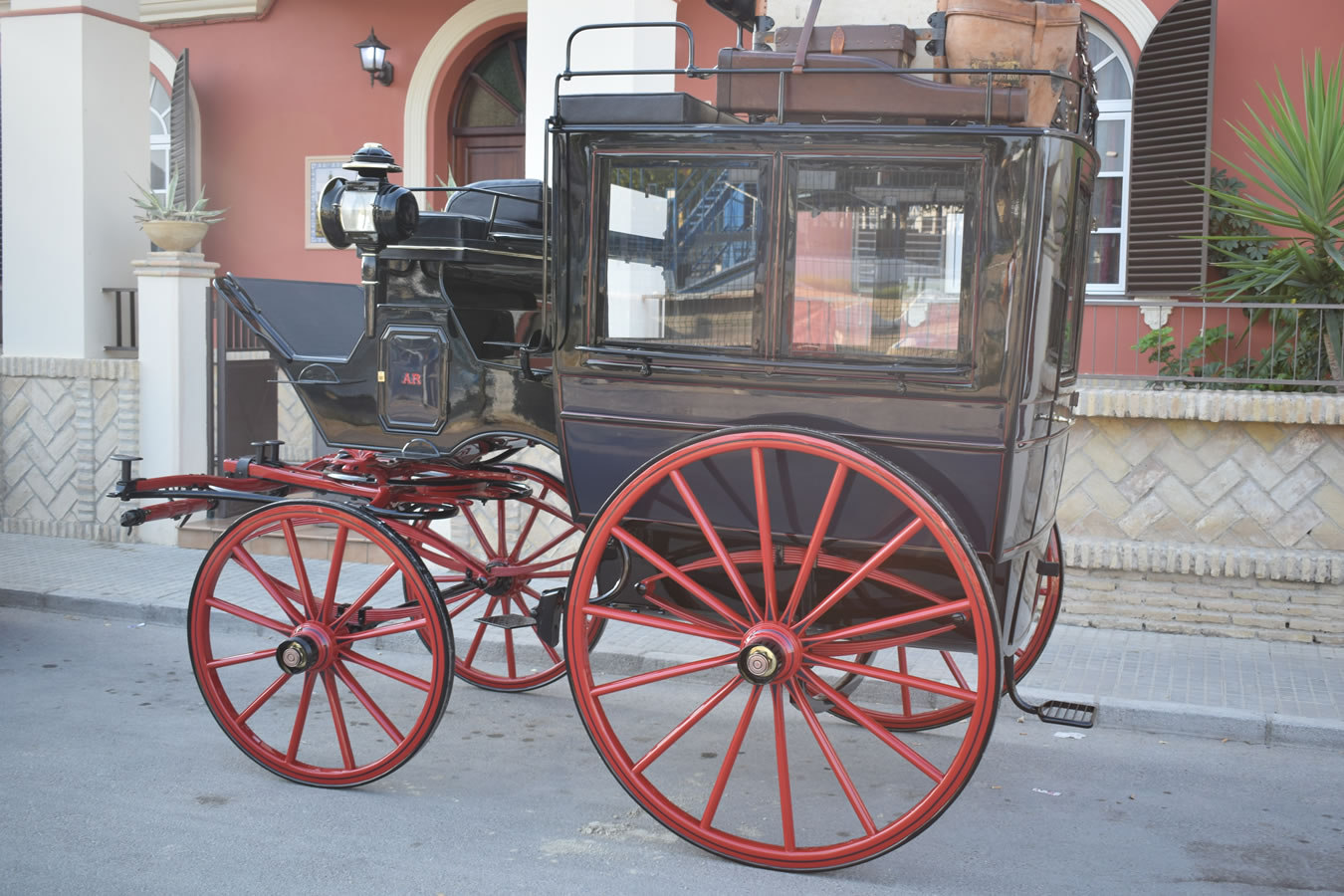 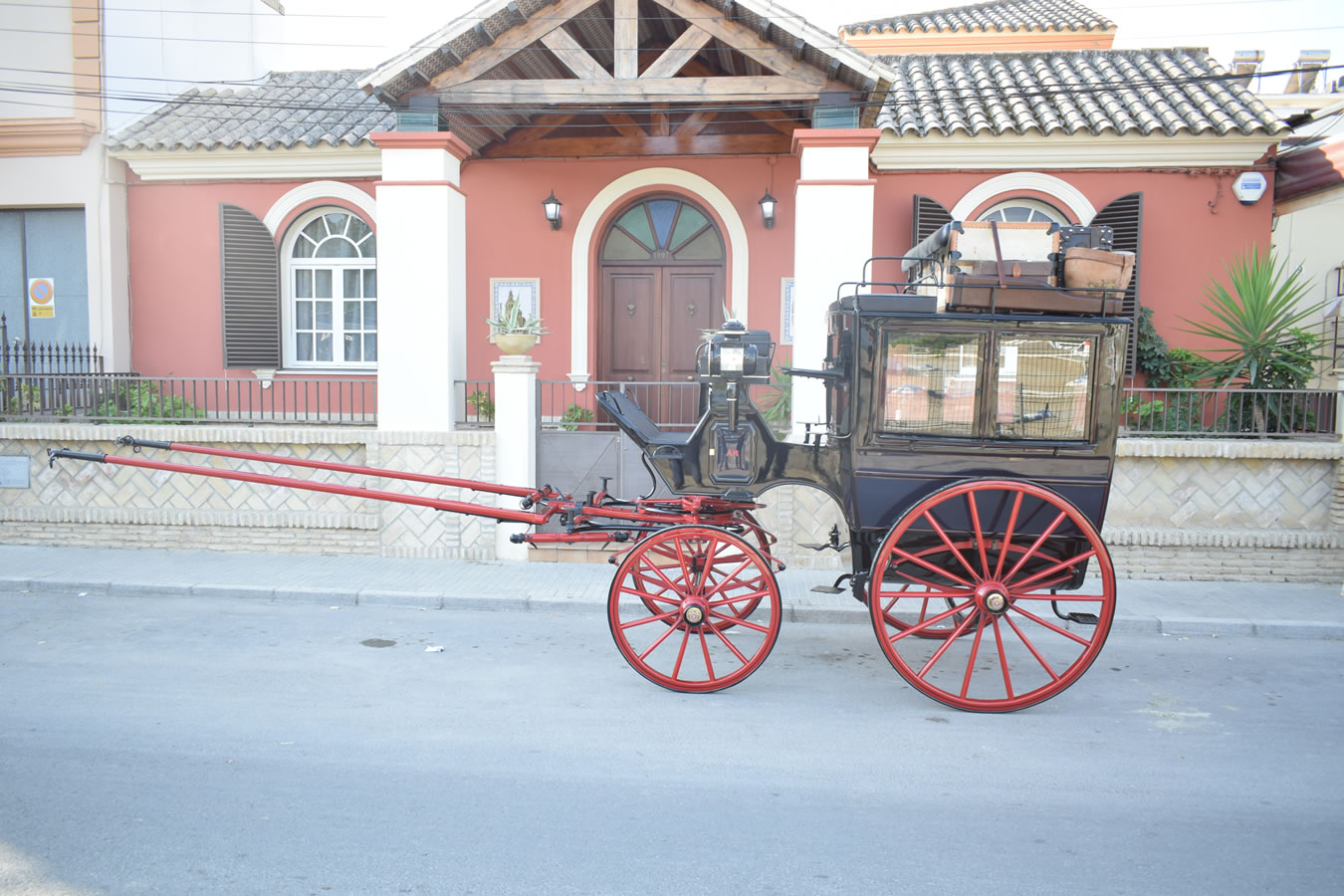 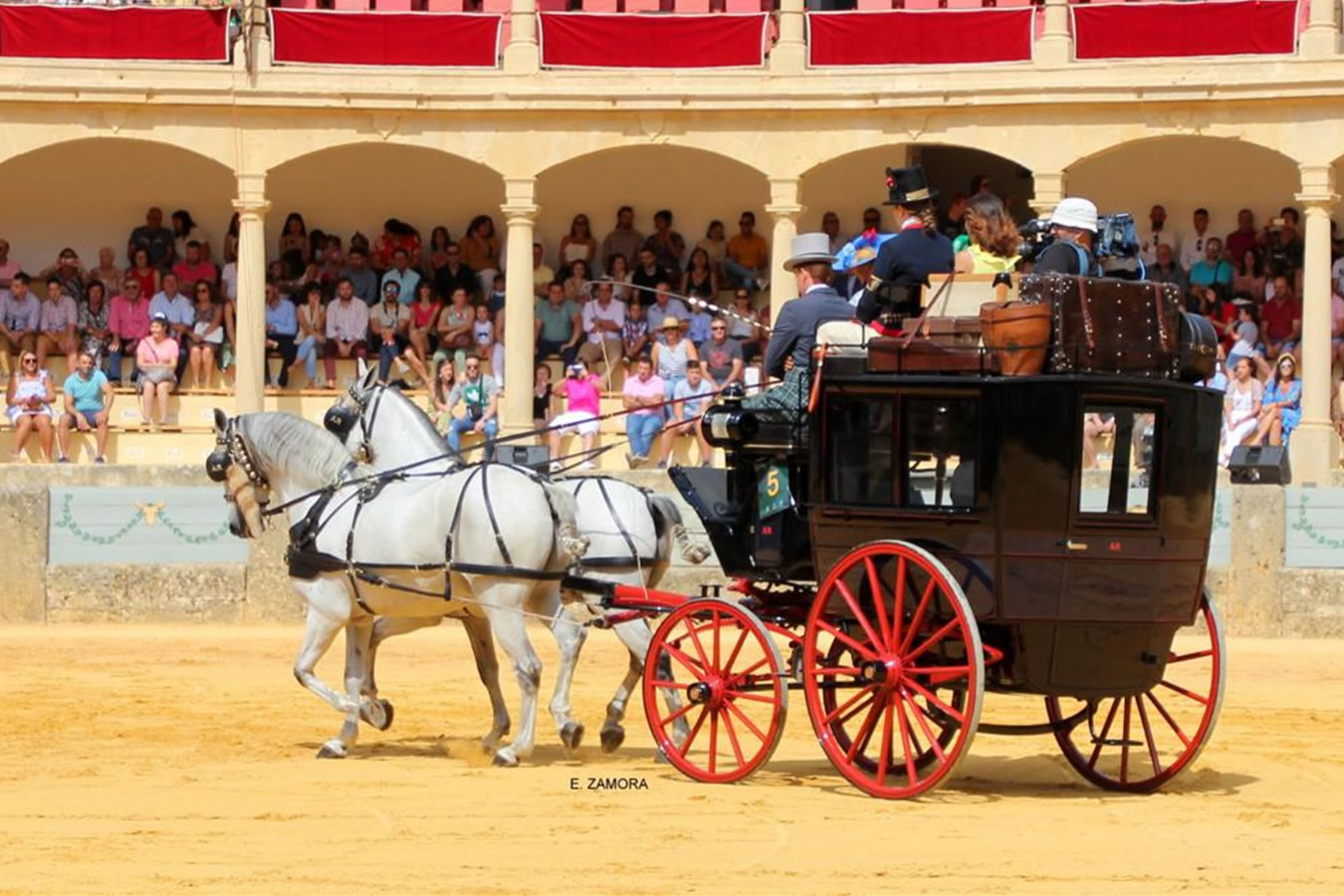 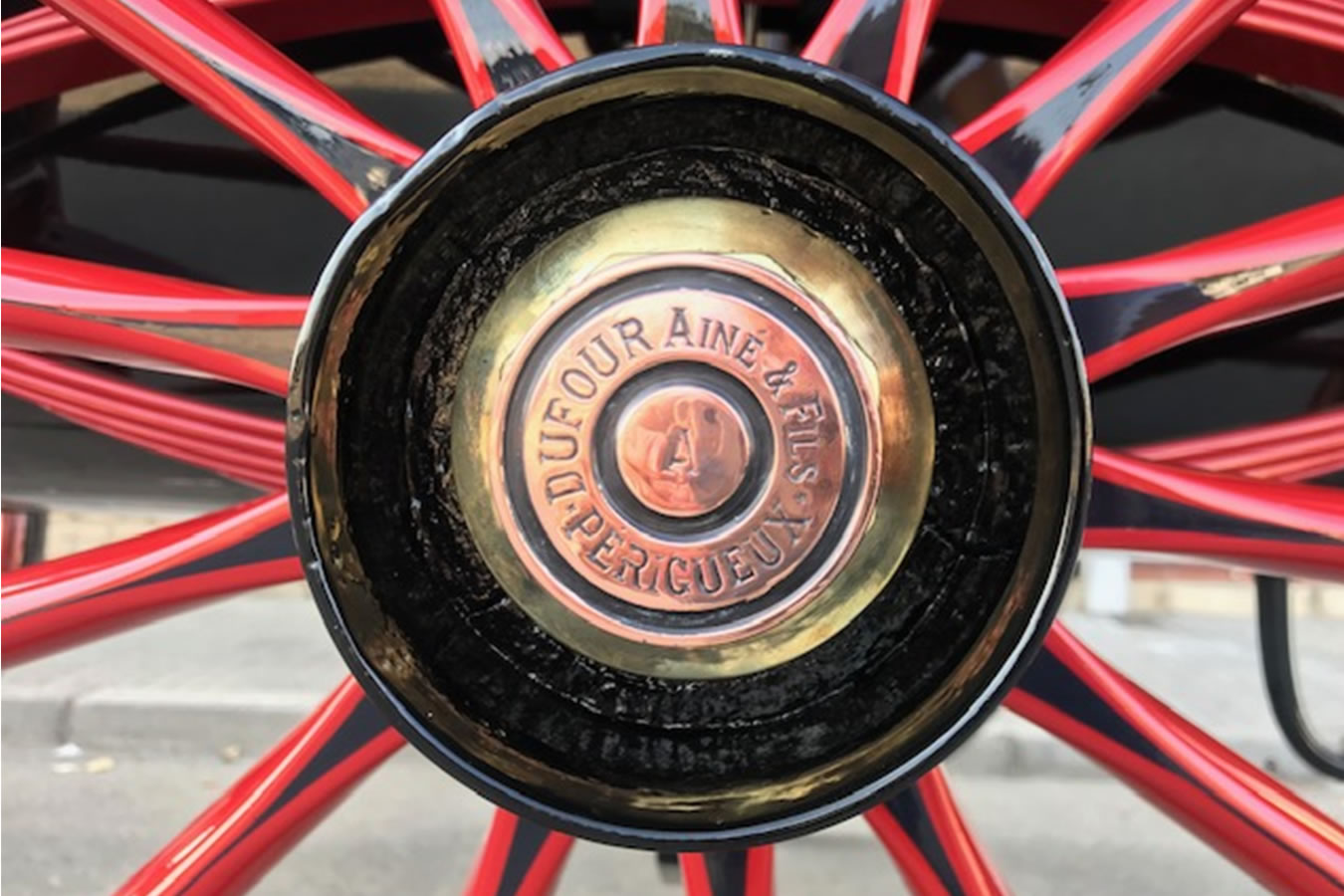 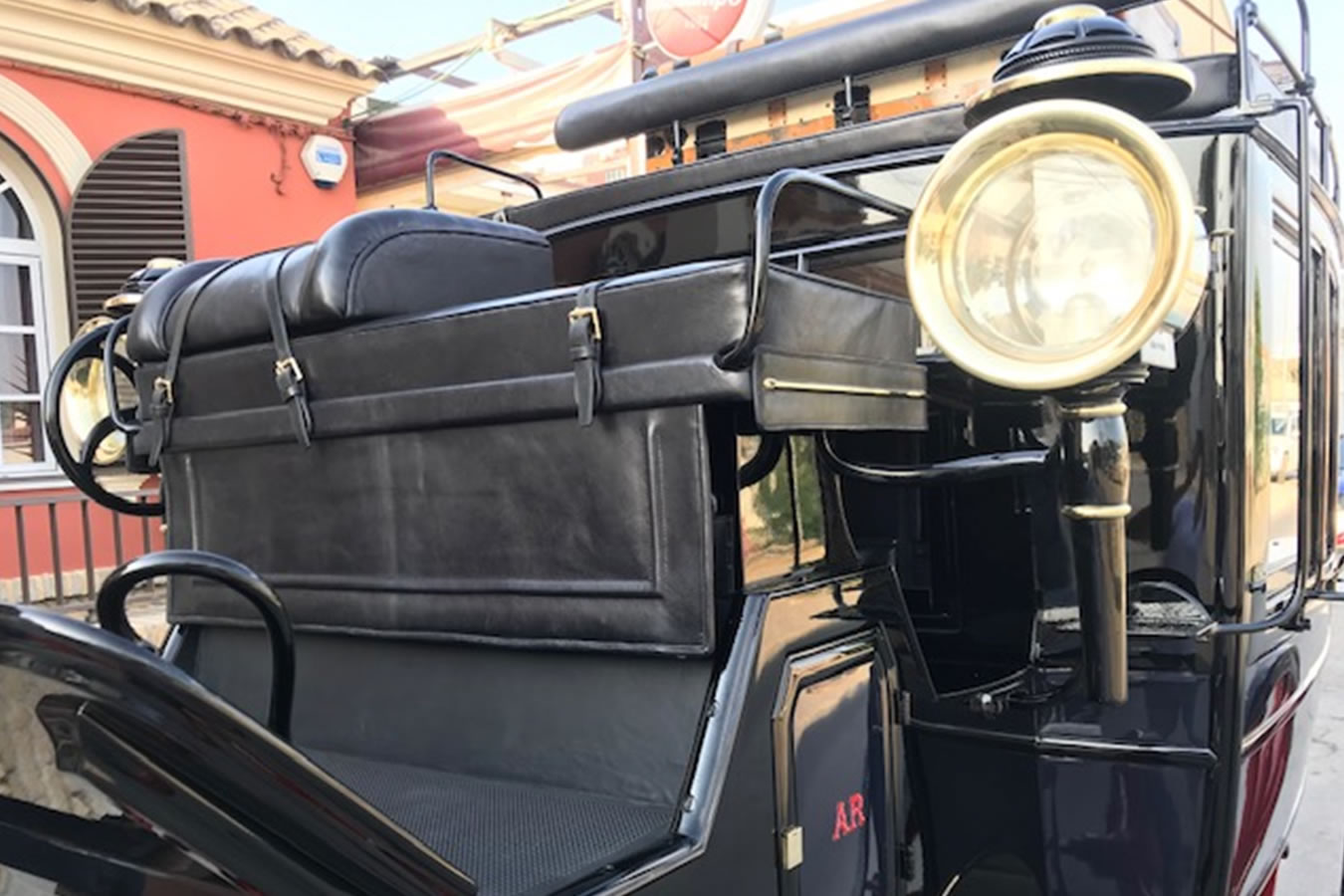 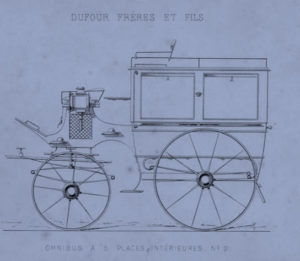 This carriage was born as a public service car for large houses and, from there, it was used by hotels and important commercial firms to pick up travellers at the railway station, with the name of the establishment painted on the sides of the box. The box has a rigid cover with glass windows and access through a rear door with a fixed or folding bracket to facilitate the passengers’ access to the interior. The seats are longitudinally arranged in two rows in front of each other. The interior used to be upholstered in leather or, in more luxurious cars, in satin fabric.

It began to be used in Amsterdam in 1839 and from there it spread to the rest of Europe, dedicated to collective transport for short distances. Other versions claim that, in 1828, there were already services in London authorized to carry ten to twelve passengers.

It is guided from a high davit at the front of the carriage and has a cow on the roof for luggage, although in some models also carry on it, a seat behind the davit, with a foot rest and stirrups to climb.

They were also used privately for family country excursions and short trips, always driven by their owner, often from the middle class.

The entire surface of the base paint is deteriorated with a lack of preparation layer that leaves the wood unprotected.

In addition, the thick layer of paint has deteriorated considerably over time with little visibility of the fillet that adorns all the circumferences and radii, locating on the surface of the circumferences of the wheels numbered areas of highly embedded dirt.

A generalised ageing of the leather can be seen, with undernourished areas, cracks, breaks and loss of support, together with high levels of fragility and wear of the leather fabric as a result of temperature changes and wear from use.

The proposal of action is approached under the principle of material conservation and complete recovery of the functionality of the vehicle, but respecting its authenticity, through a minimum action as far as its material and chromatic reintegration, respecting at all times the fundamental principles to be taken into account in any action: stability, reversibility and discernibility

The process began with the transfer of the carriage to the conservation-restoration workshops, where, after an initial ocular inspection, a detailed study of the carriage was carried out, including the analysis of samples and photographic reproduction using natural, ground and ultraviolet light techniques, and compared with the corresponding historical and technical study.

The entire box treatment process is carried out, including the protection process by means of varnishing.

The whole process of treatment of the. Wheels in which different specific cleaning treatments for the metal and painting are dealt with for the complete volumetric and chromatic reintegration of the pictorial layer in red and filleted in blue.

Following the same methodology and restoration criteria, the treatment of the bass is completed with special attention to the oxidized areas with the corresponding chromatic reintegration on a red base, cut in black and filleted in blue.

Due procedures are followed for historical fabrics for the treatment of the upholstery to return it to its original colour and orthogonality.

After completing the appropriate treatments for the lanterns, spears and rockers, the process of intervention is concluded, surpassing the main objective of the work, describing step by step each process of the restoration so that the “Omnibus” carriage recovers its aesthetics and functionality.