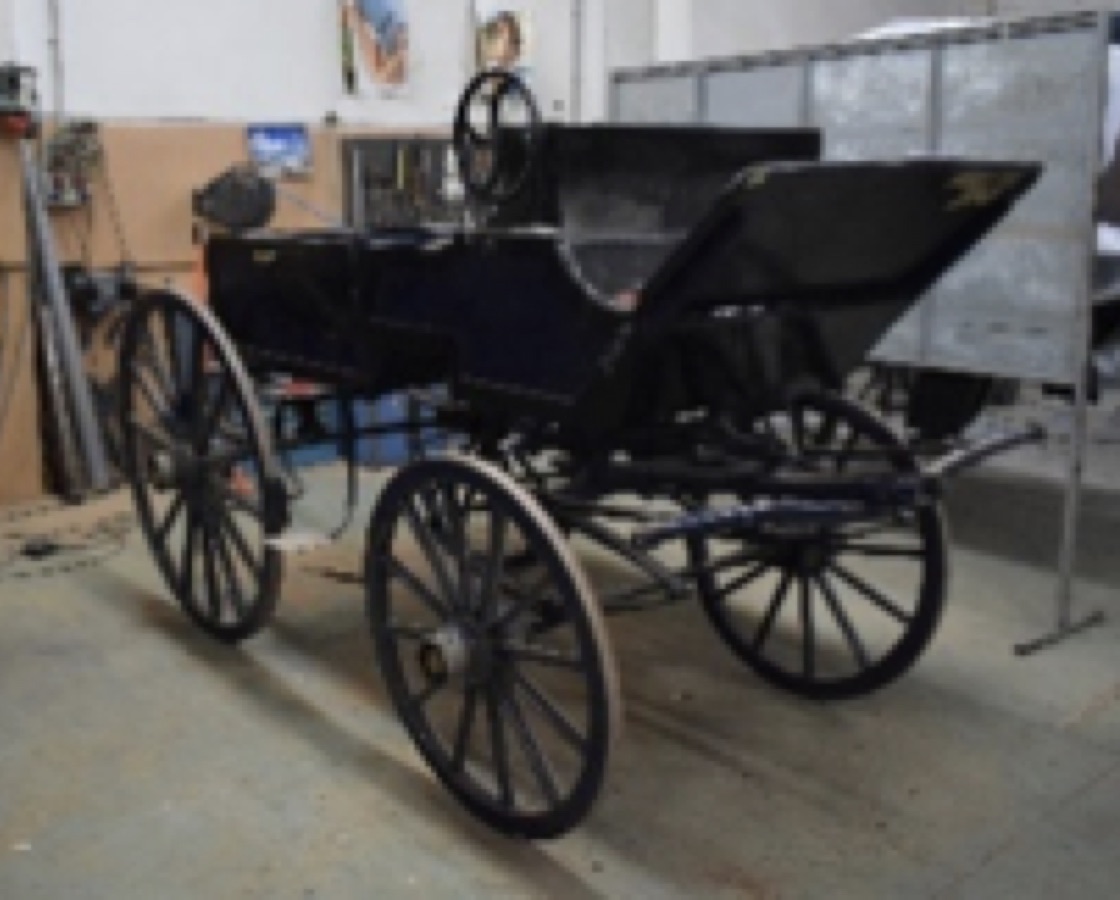 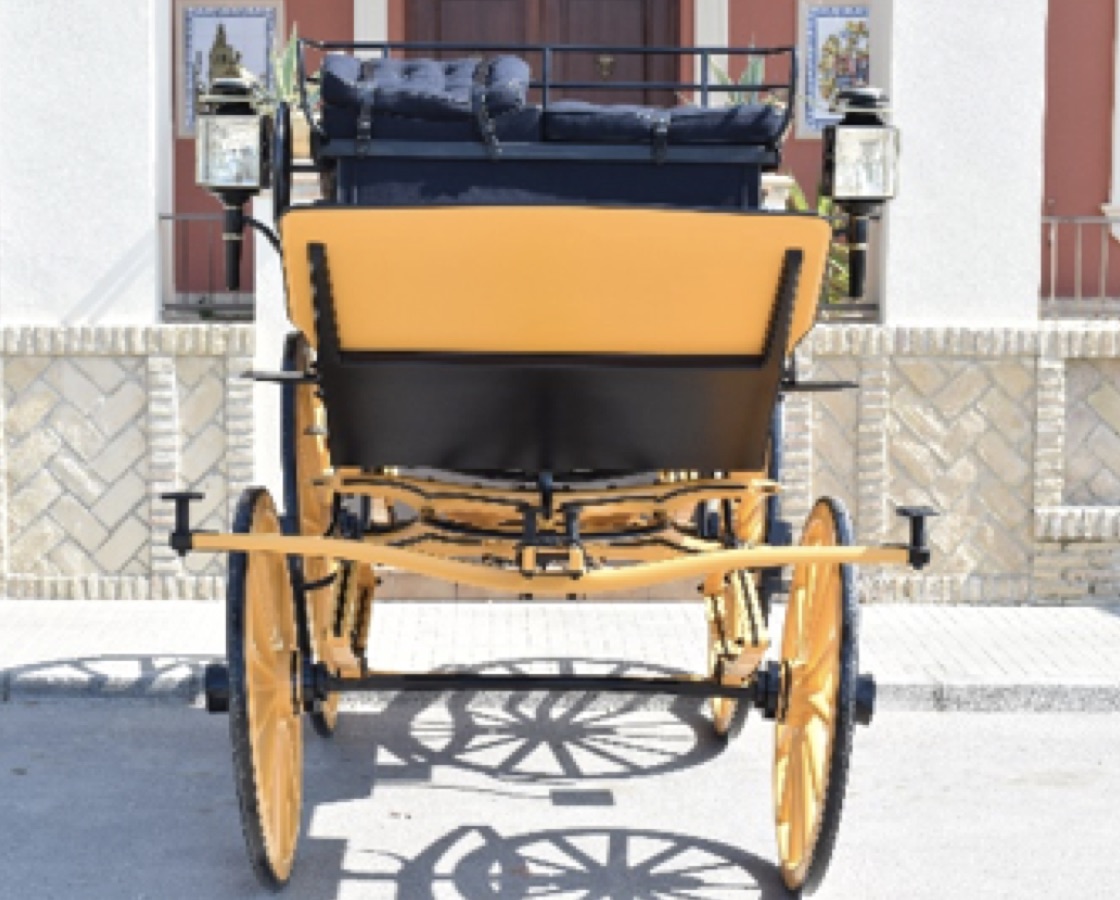 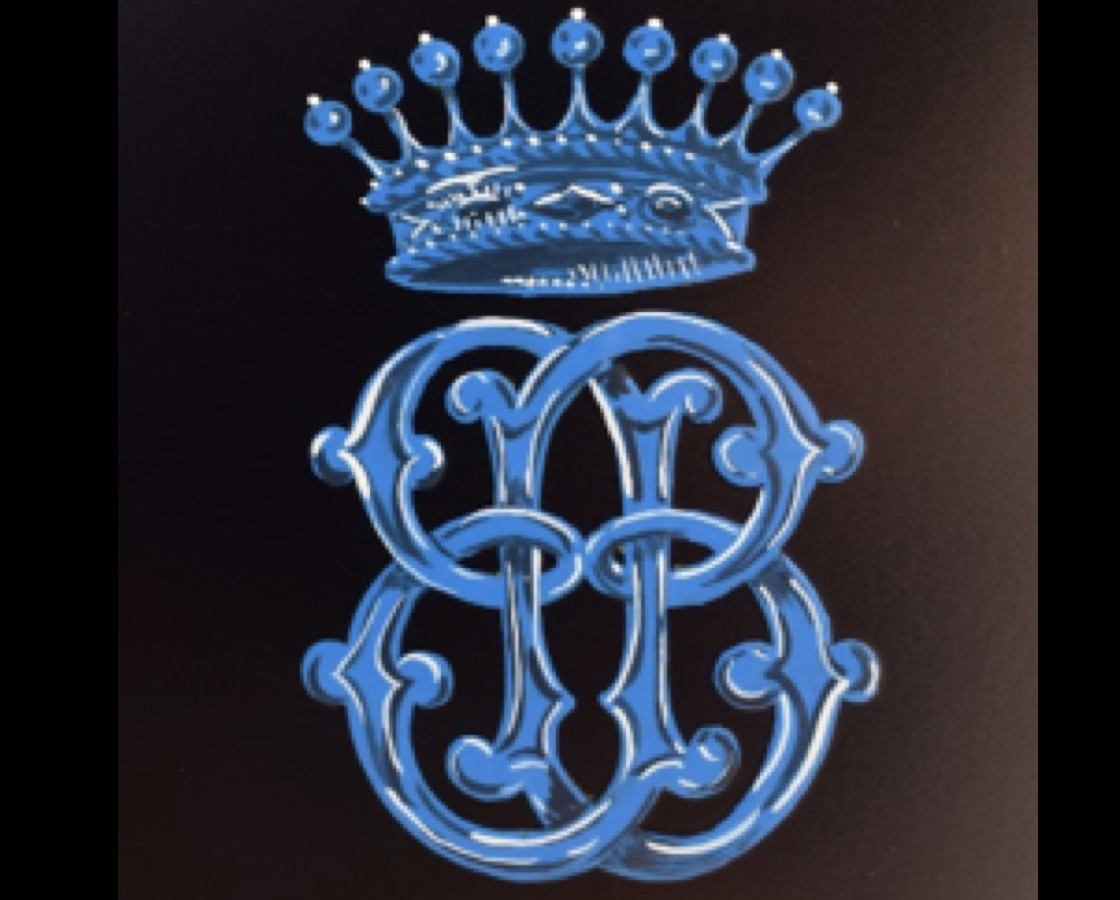 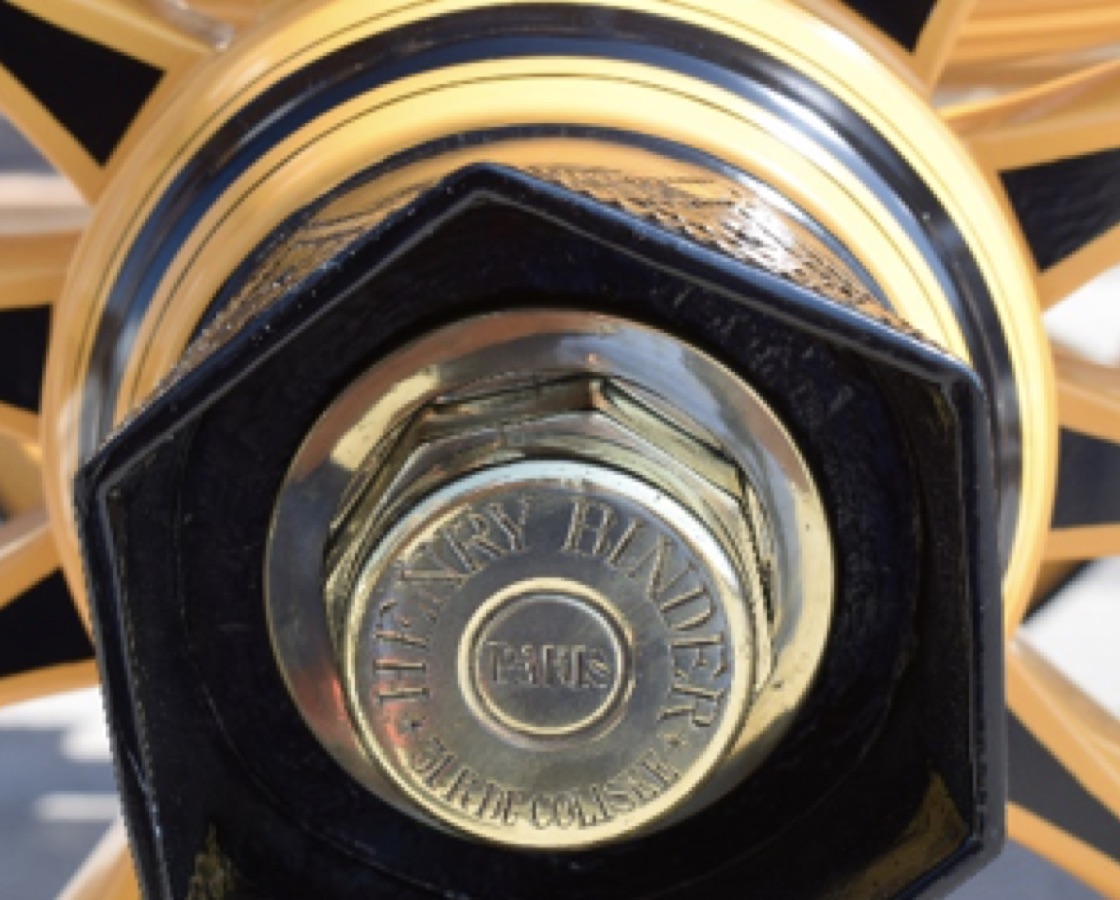 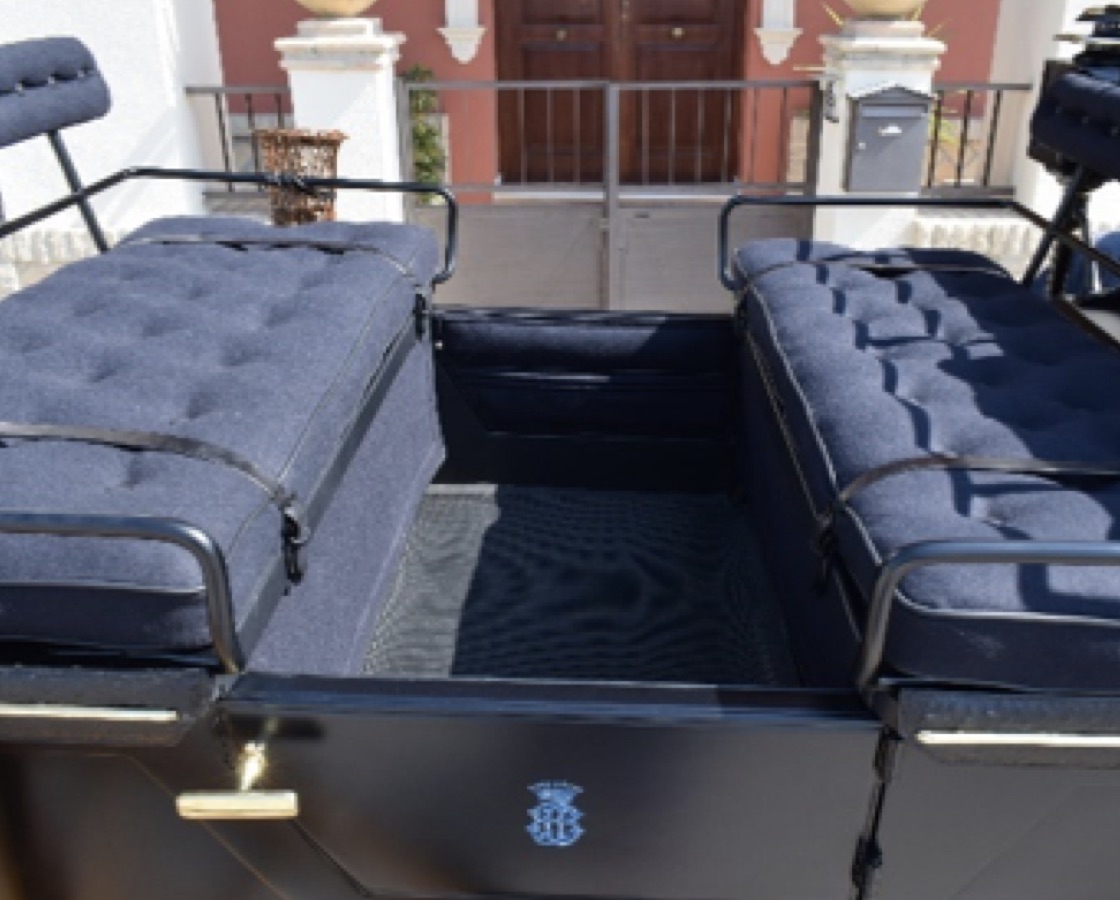 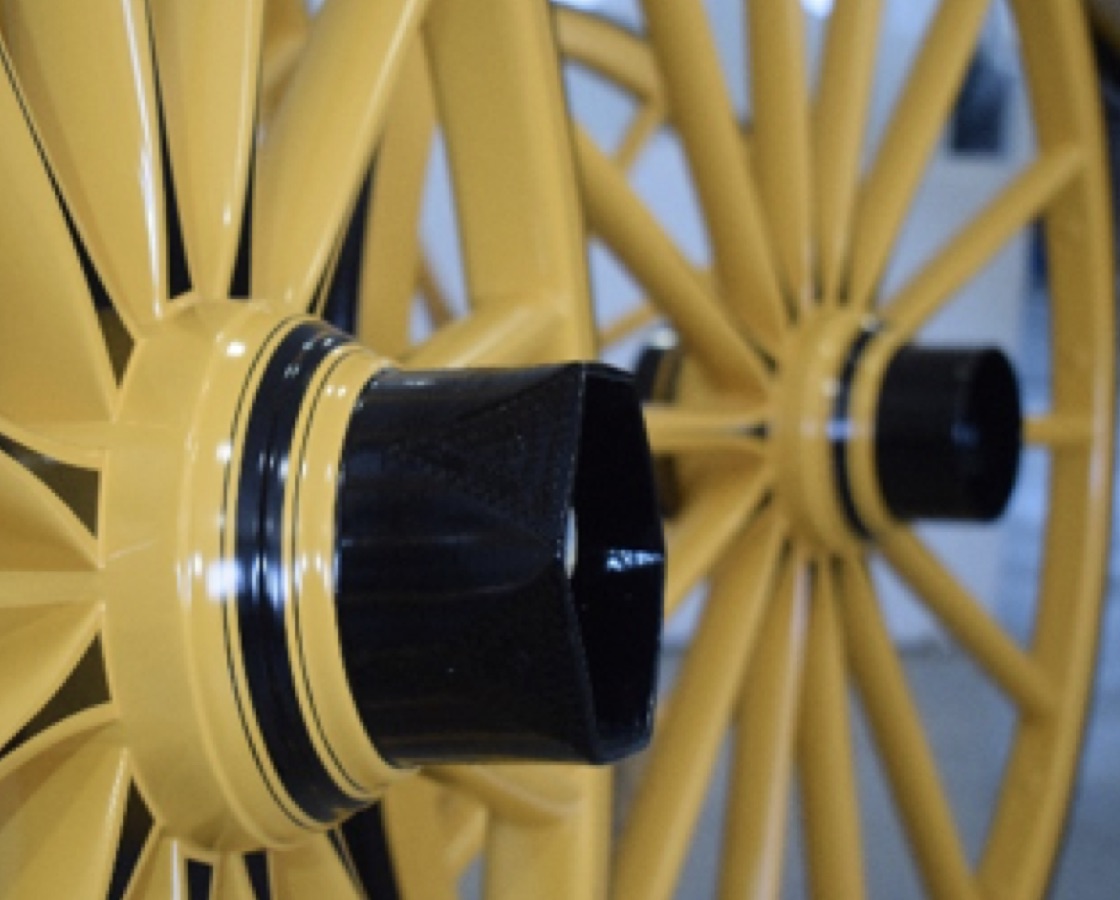 Restoration of the Break carriage, built by Henry Binder (Paris), in the 19th century. Complete historical restoration by means of artisan processes by Carruajes Romero. 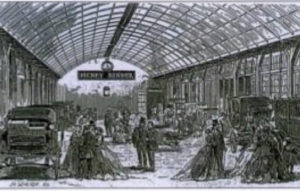 Its origins date back to the 19th century. Its use is as a tamer, to work or start the horses in the hook and from there derives its name.

In Andalusia is also known by the name of “Piter” possibly because this is the name of the builder of the first who imported into England. Over time it has had many other uses such as transportation of people, hunting, popular festivals or other occasions, generally guided by their owners.

In the specific case of this restoration we have a model manufactured by the house Henry Binder one of the four brothers of the renowned French manufacturers famous for the quality and excellence of their work, in particular and for this particular firm we can highlight the sociable 8 springs, a milord and a Landau presented at the Universal Exhibition of 1878 and awarded a gold medal.

After due historical research studies together with physical image examination methods that allowed us to conclude that the piece was in a lamentable state of conservation with a high number of cracks and fissures with a clear affectation of the wood by xylophagous insects.

The pictorial layer shows a high level of deterioration with numerous uplifts and blisters. The oxidation is general and is especially accentuated on rims, rings, horns and footlights. The upholstery presents high levels of fragility and malnutrition of the textile fabric as a consequence of temperature changes and wear and tear.
Finally, we can see numerous maladjustments in streetlights and footlights together with a significant deterioration of the paint on the exterior parts.

The process began with the transfer of the carriage to the conservation-restoration workshops of Romero carriages, where, after a first ocular inspection, a detailed study was carried out, including analysis of samples and photographic reproduction using natural light, grazing and ultraviolet techniques, compared with the corresponding historical and technical study.

Within the different works developed and after the corresponding cleaning, disinsectation and consolidation safeguarding its original state and highlighting the shield of the house on the sides. After the due treatment of the wheels with the elimination of the not original painting, the treatment of the underbody is carried out in which the treatment of the rusty areas by sandblasting stands out.

The original upholstery is recovered using a blue cloth with the corresponding buttons and leather trimming.

Finally, after the proper treatments in lanterns and footballs, we proceed to the recovery of the lance and the game of English bolea.