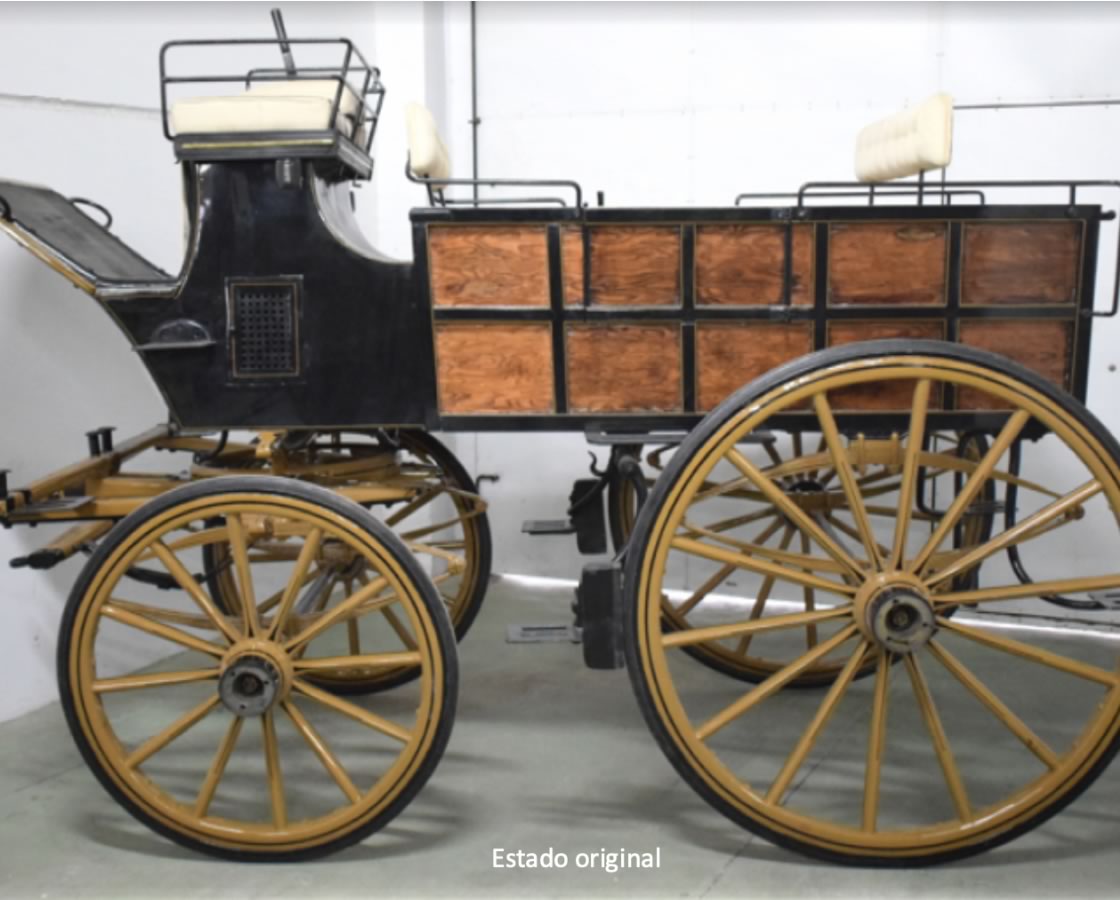 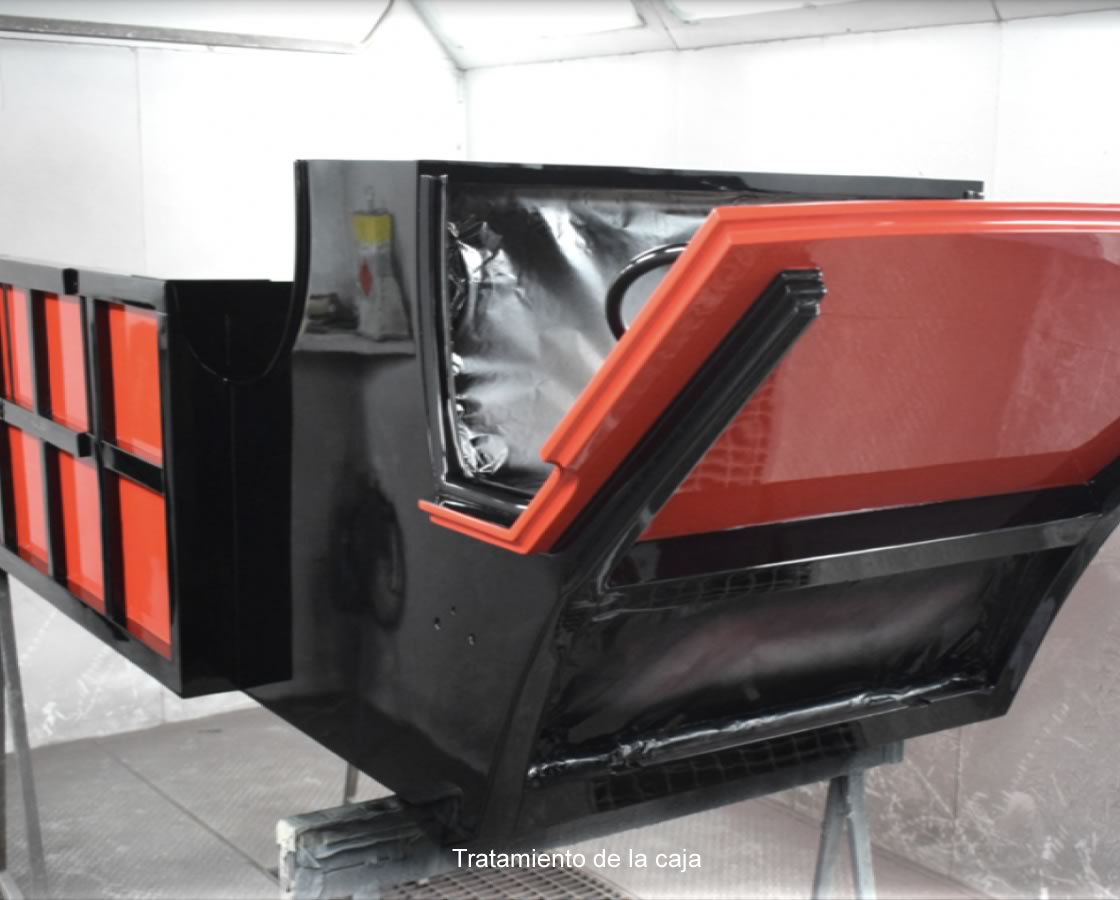 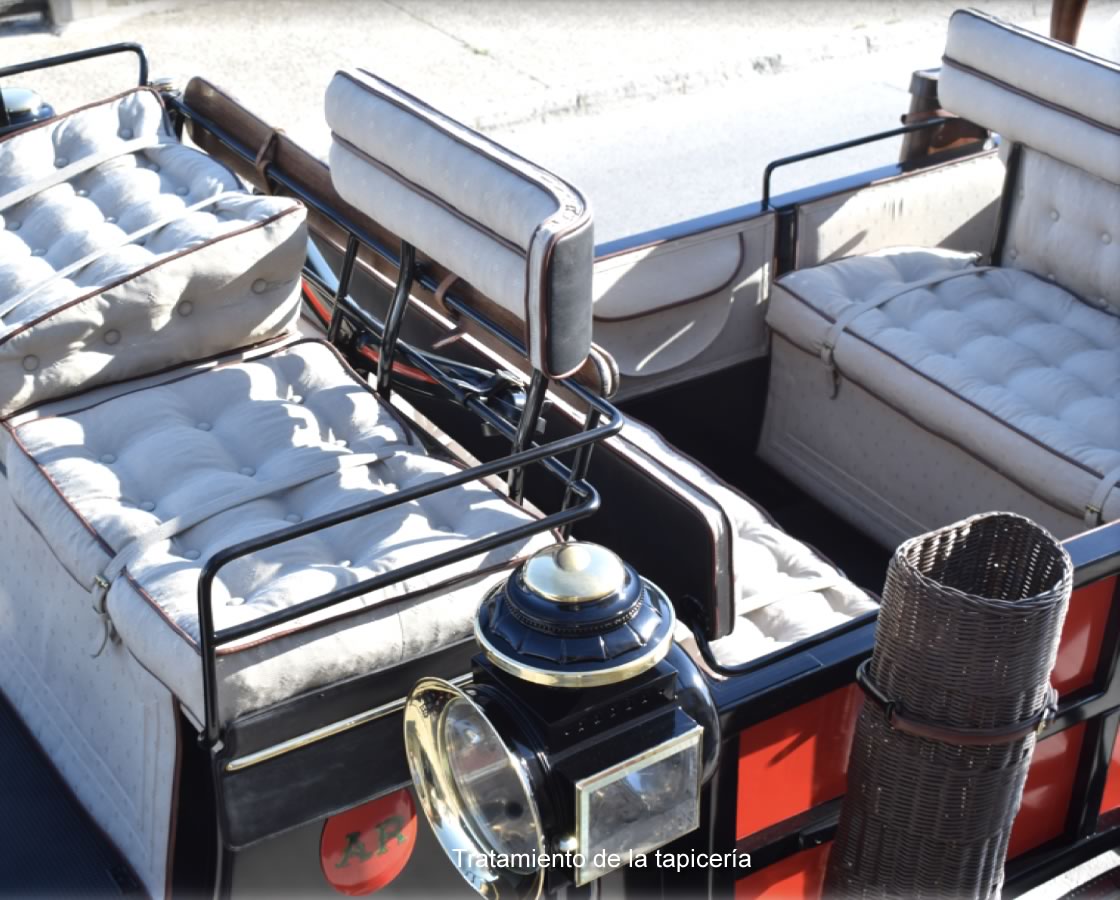 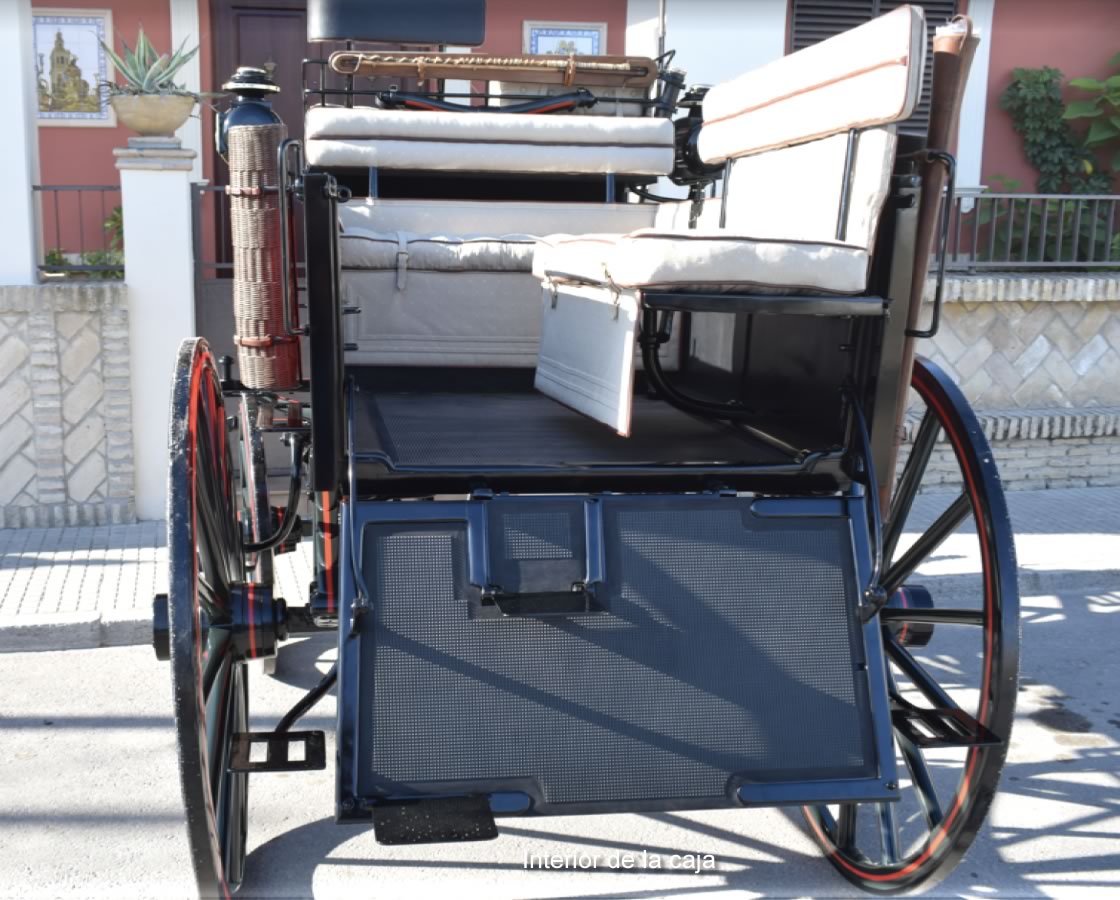 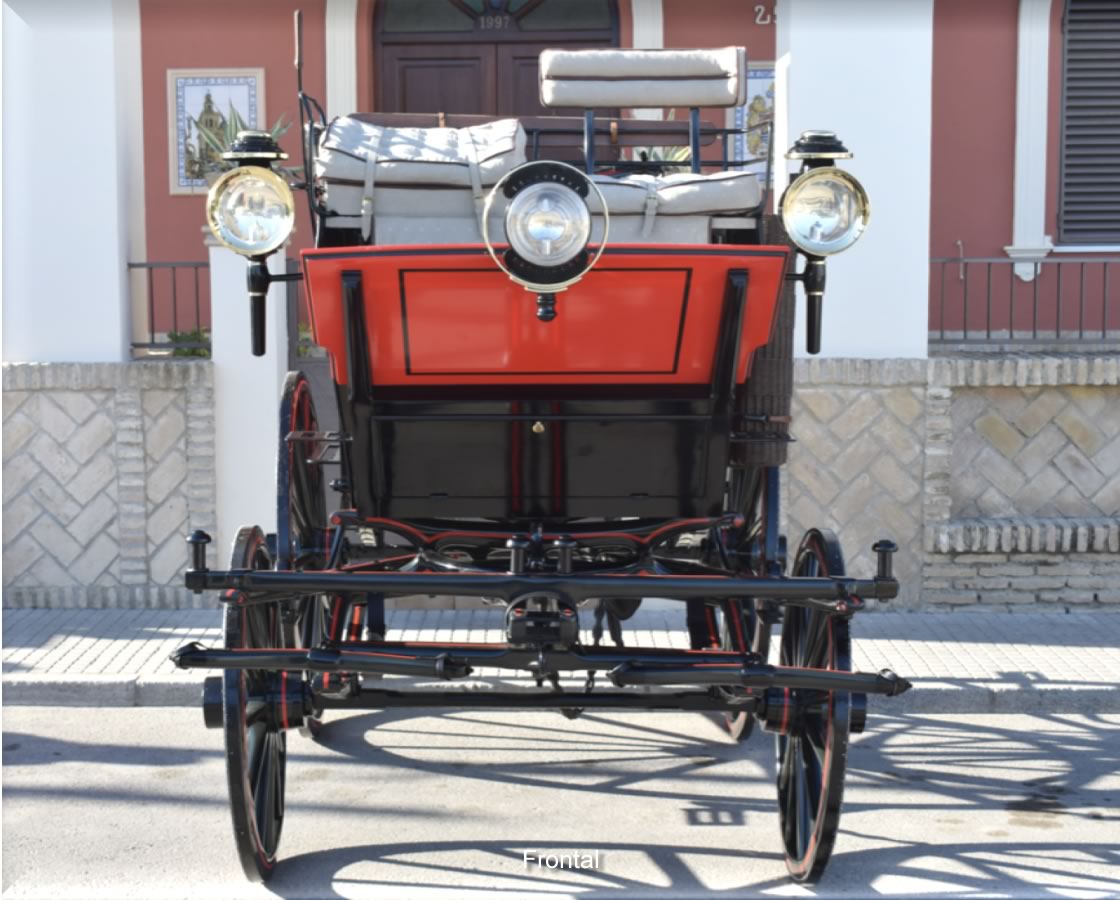 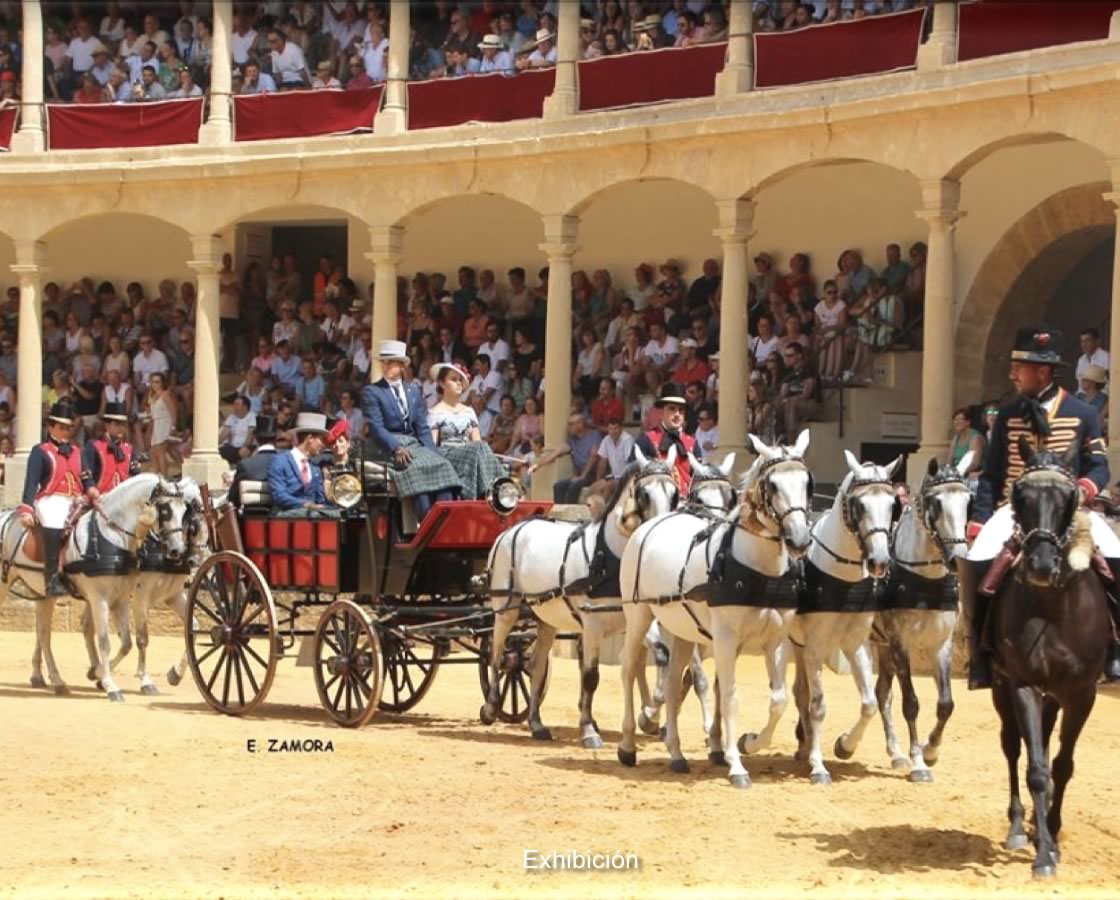 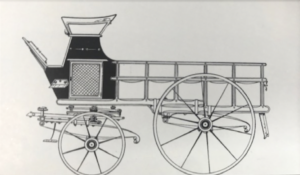 This carriage was originally born with an initial use as a tamer, to work or start horses in the hitch and hence derives its name, but over time has had many other uses, such as public transportation of people (as they can travel in it up to eight or ten people), popular parties, transport of cargo (removing seats), etc.

Finally, guided by their owners, from these first models have arisen a whole family of carriages used by the high class as a luxury car for hunts: Grand Break, Sport Break, Roof Seat Break, etc. They are usually equipped with accessories, picnic baskets attached to the inside of the box, and to the sides of the sides, canes, umbrella stands and shotgun.

In Andalusia these carriages are known by the name of “Piter”. As we can see in this project its owner shows us a hitch to Posta, consisting of three horses in power, one in the center, between rods and two to the sides, in one of which, in the one on the left, the horseman and front directing the step of the stagecoach on horseback dressed with classic and picturesque clothing of the horseback rider period called Postillon always safeguarding the safety of the trip by two other horses, who would escort behind the carriage in case any circumstance had to Change some of the horses that go in the shot.

In this project, and after carrying out in a first phase the due historical research studies together with the physical methods of image examination that allow us to make the diagnosis of the state of conservation and determine the factors of alteration and pathologies, we can appreciate a state of conservation very poor with a major attack of xylophagous insects in the box, deterioration and breakage in the seat of the davit, repetitive and breaks in the side racks of the davit together with a thick layer of paint deteriorated by the passage of time and the fragility of the seat fabric as a result of wear and tear due to its use.

The proposed action is addressed under the principle of material conservation and full recovery of the functionality of the vehicle, but respecting its authenticity, through a minimum performance in terms of material and chromatic reintegration, respecting at all times the fundamental principles to have into account in any action: stability, reversibility and discernibility.

In general lines after the corresponding mechanical cleaning, disinsection and cleaning of the oxidation, it is a review of the wood in general by the movements of the expansion and proceeds to the replacement of the pines in poor condition by new ones in ash wood and coin rays.

The upholstery is recovered by filling the vegetable hair, giving the textile beige, buttoned in the same color and trimmed in brown leather.

It is painted in two colors (black background, side panels of the box and red doors, filleted in green), highlighting the elimination of the lateral ventilation grids for not matching the original version of the carriage.