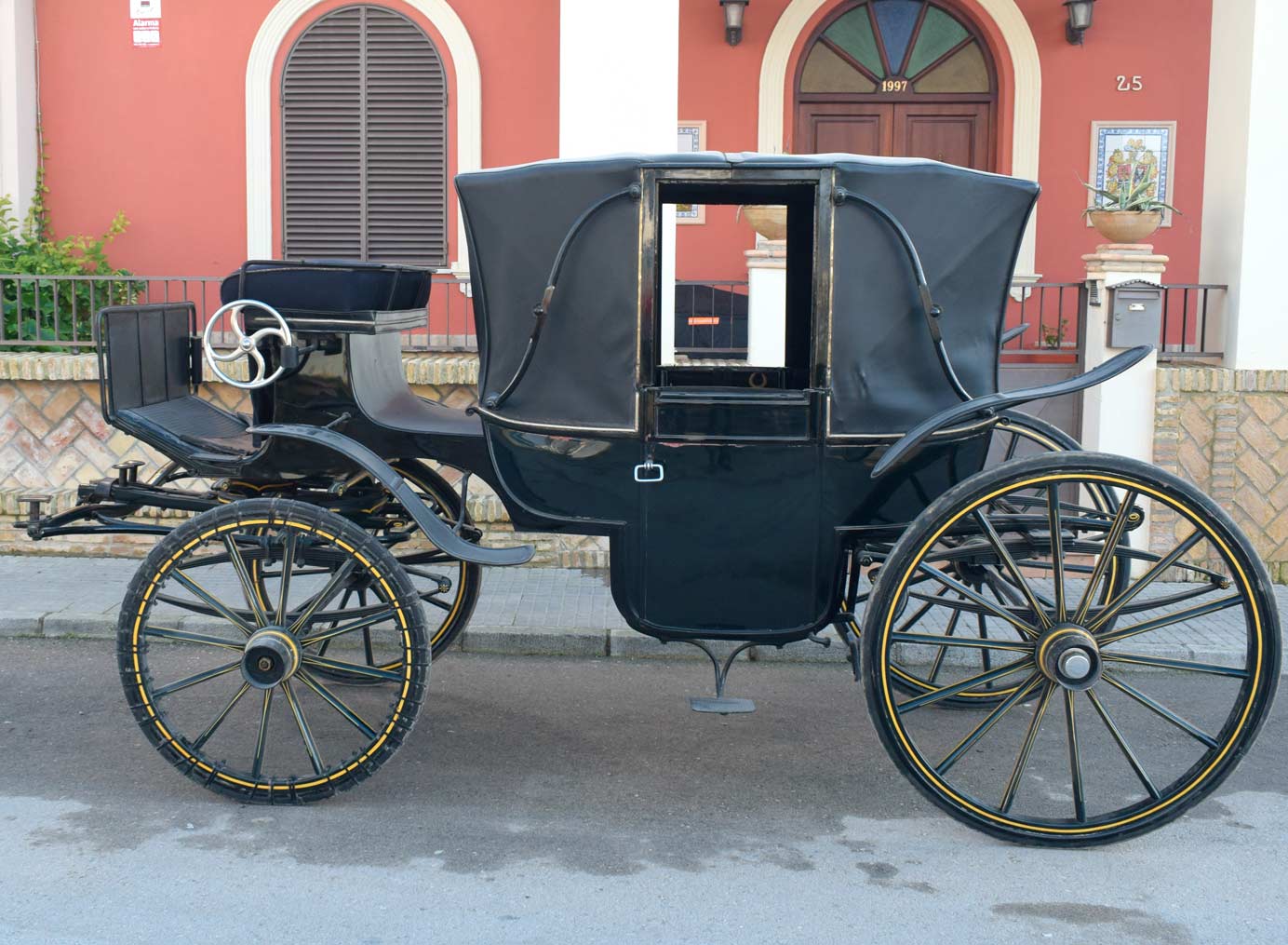 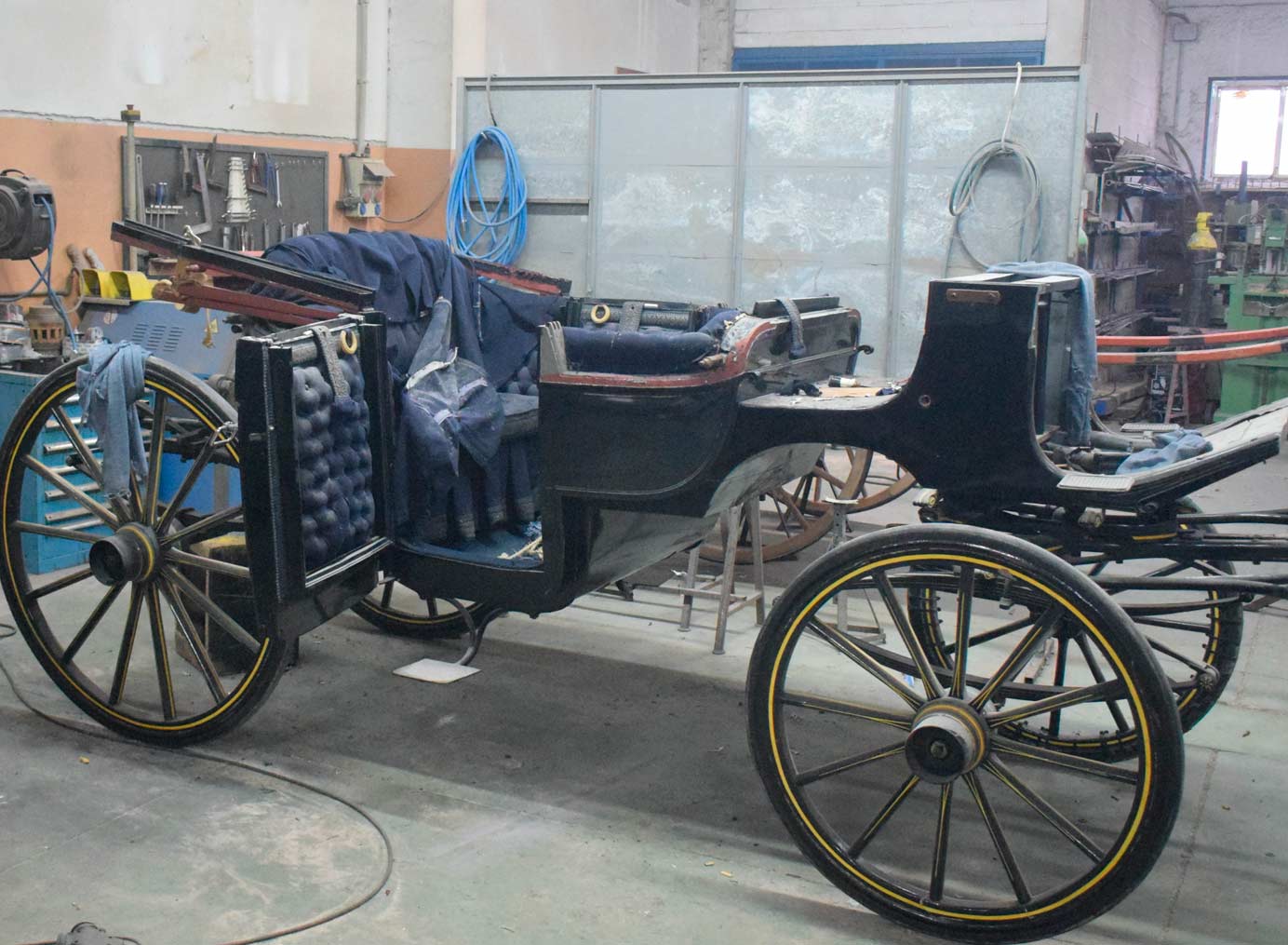 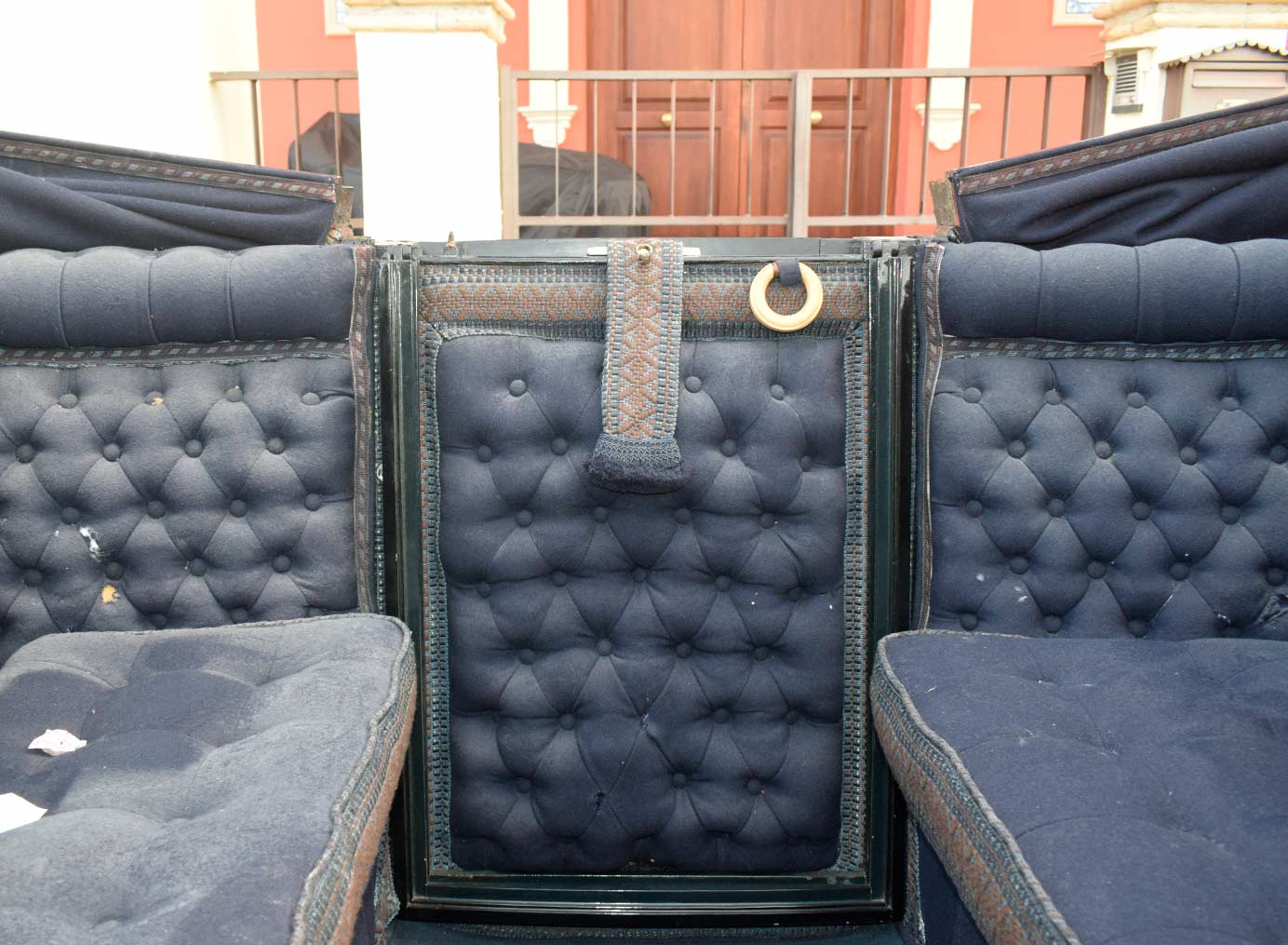 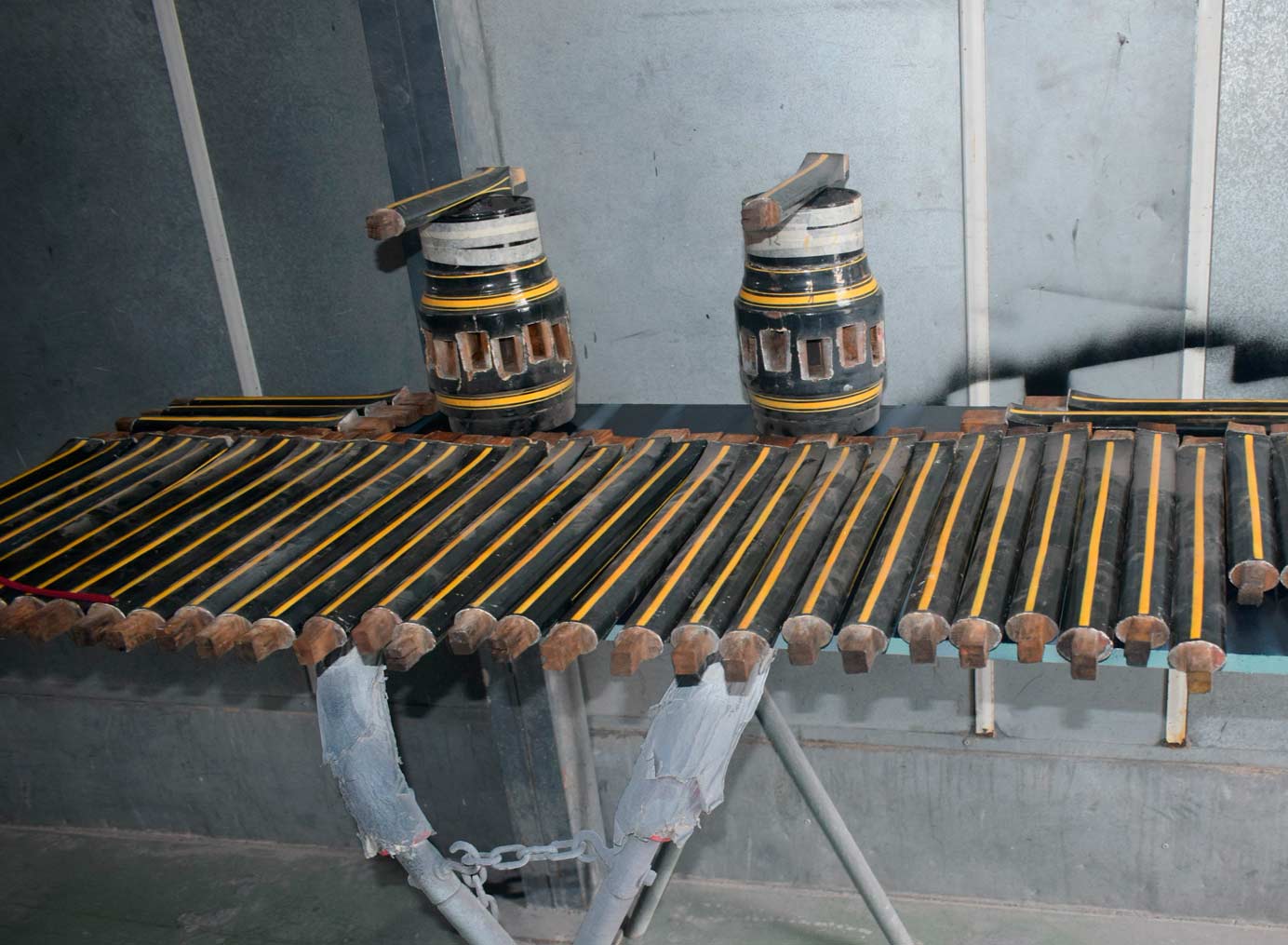 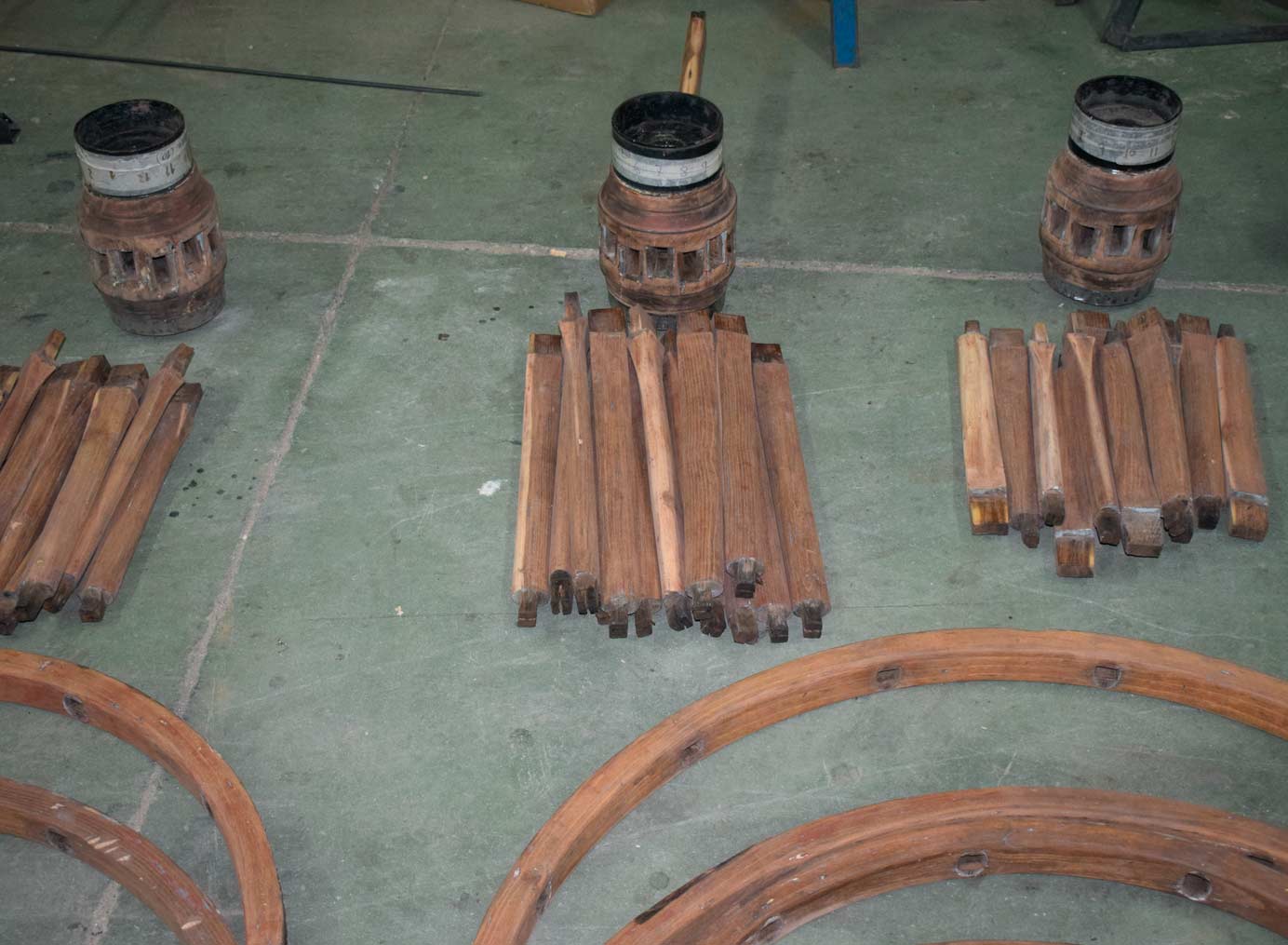 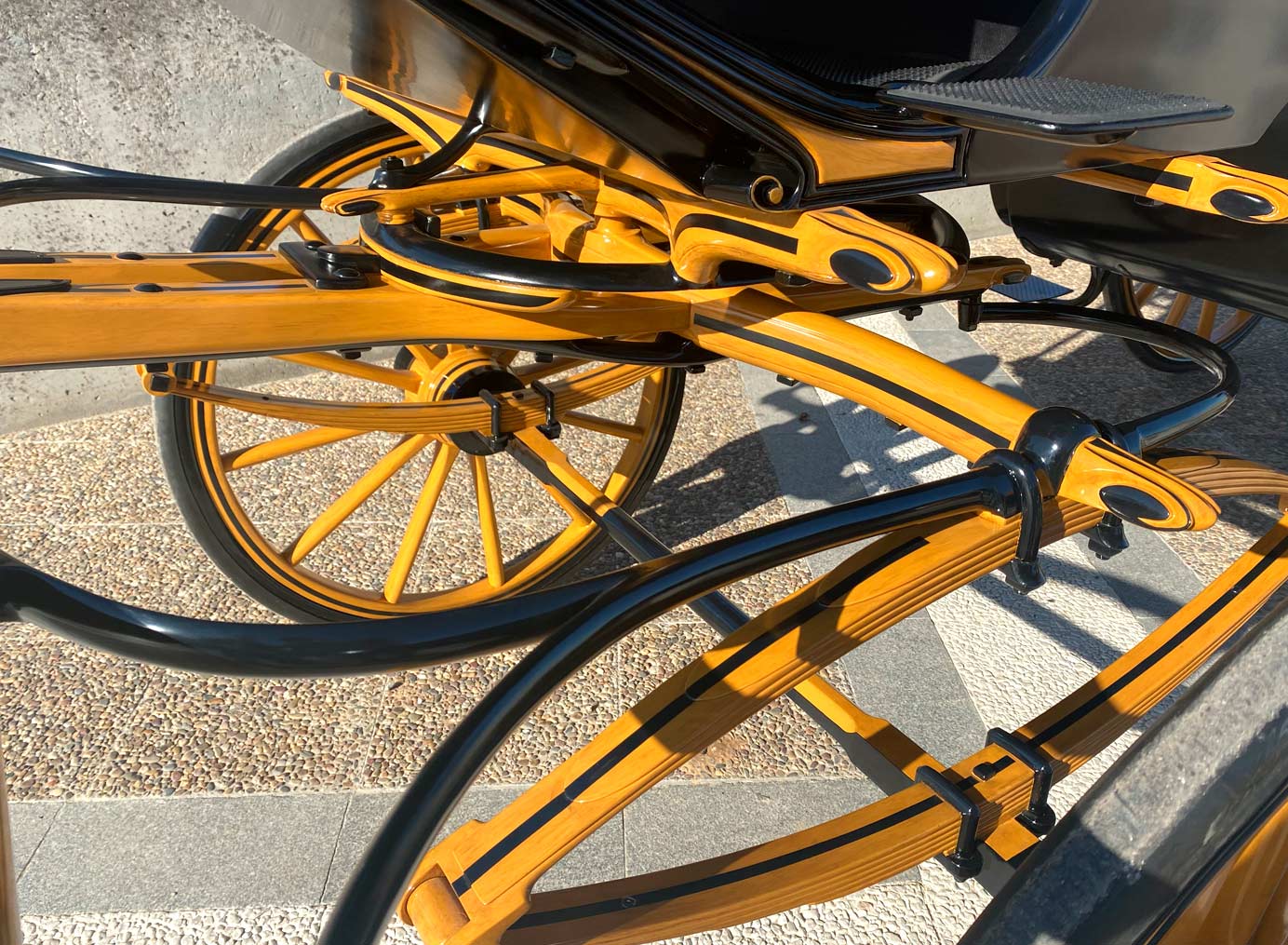 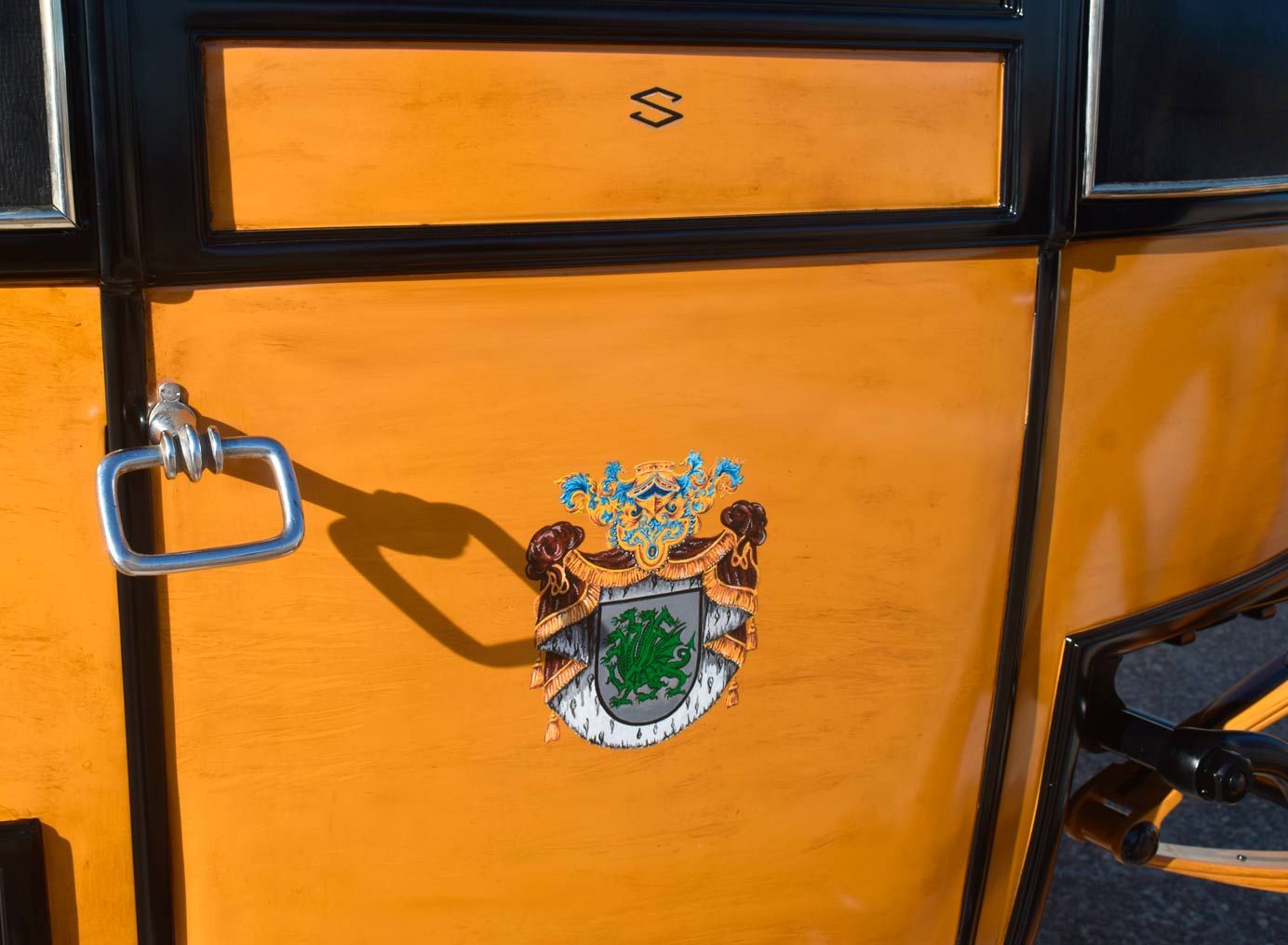 Zacarias Labourdette & CIA (Madrid), an important 19th century firm, established at 17 Paseo Obelisco Street, a firm highly appreciated for the quality of its work, especially in the construction of this model of carriage. 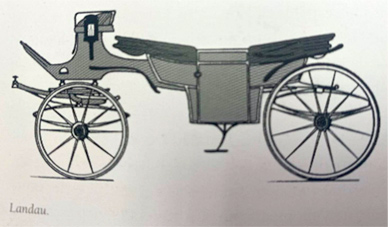 This type of carriage is originally from the town of Landau in Germany, from which it gets its name. At the end of the 18th century, these first models of carriages began to appear, with square and round cases. Being called “luxury carriage”, it was widely used for major ceremonies and even by the Imperial Houses.

It was in France, in 1850, that its shape began to be perfected. Later, in England, it became one of the most used carriages at any time of the year: uncovered in summer and covered in winter.

The hoods open and close very easily at the front and back, making the case completely watertight, allowing it to be used on rainy days. When closed, the door glass can be raised and lowered, mounted it on the inside of the doors.

This handcrafted work consisted of the intervention of different processes for the complete restoration of the “Landau” type carriage manufactured in France by Zacaria Labourdette & Cia Madrid. This restoration has been made in Carruajes Romero and it has been supervised by Sebastián Romero Vela “El Chano”. This work is divided into three sections. The first of these is the collection of information about the object of study, both technical and historical, in order to trace its history. The second section refers to the state of conservation of the carriage. The last section describes the intervention process. As it is a functional piece, the main purpose of this intervention, apart from the aesthetic improvement, is its correct functionality as a transport vehicle.