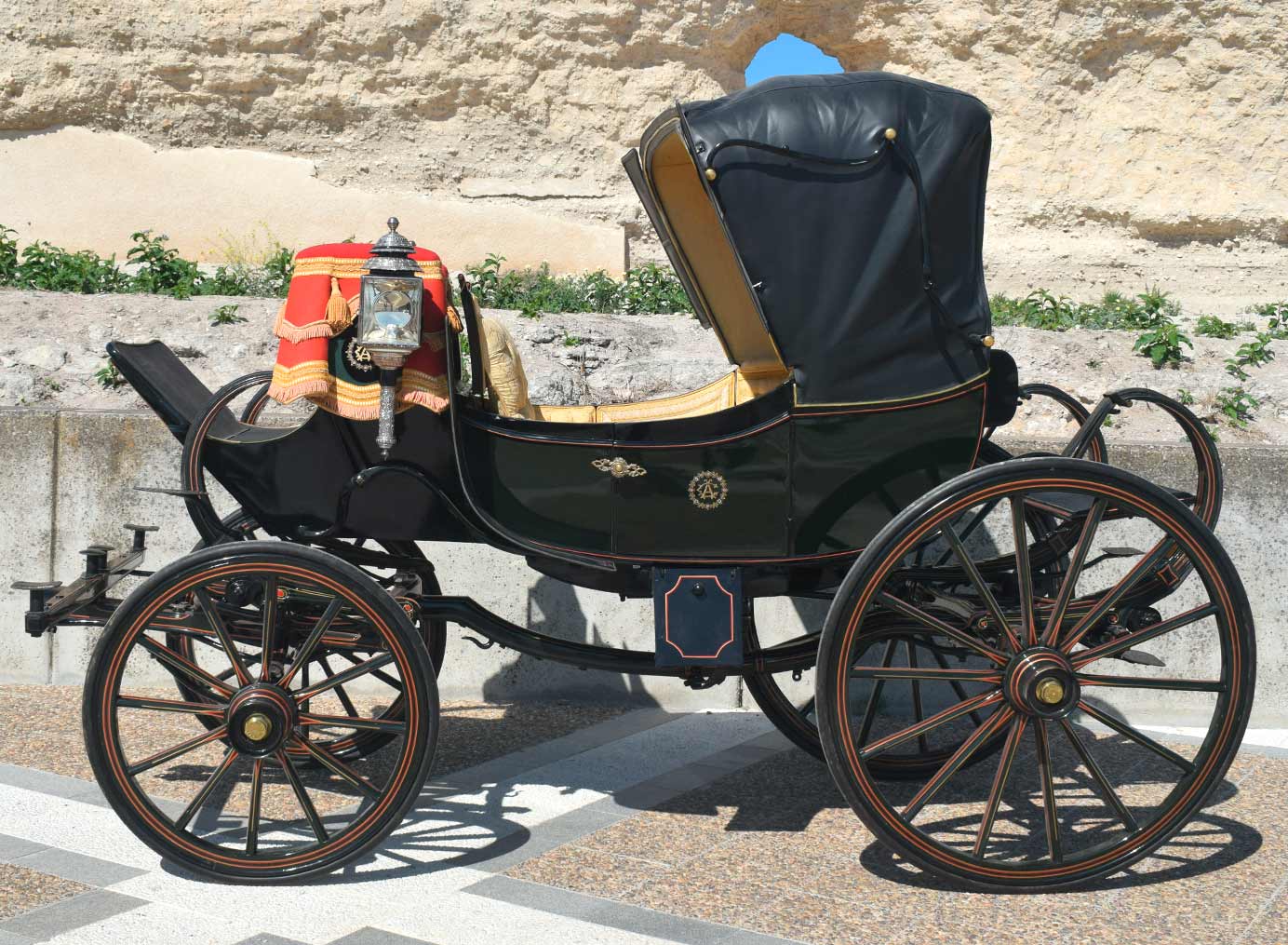 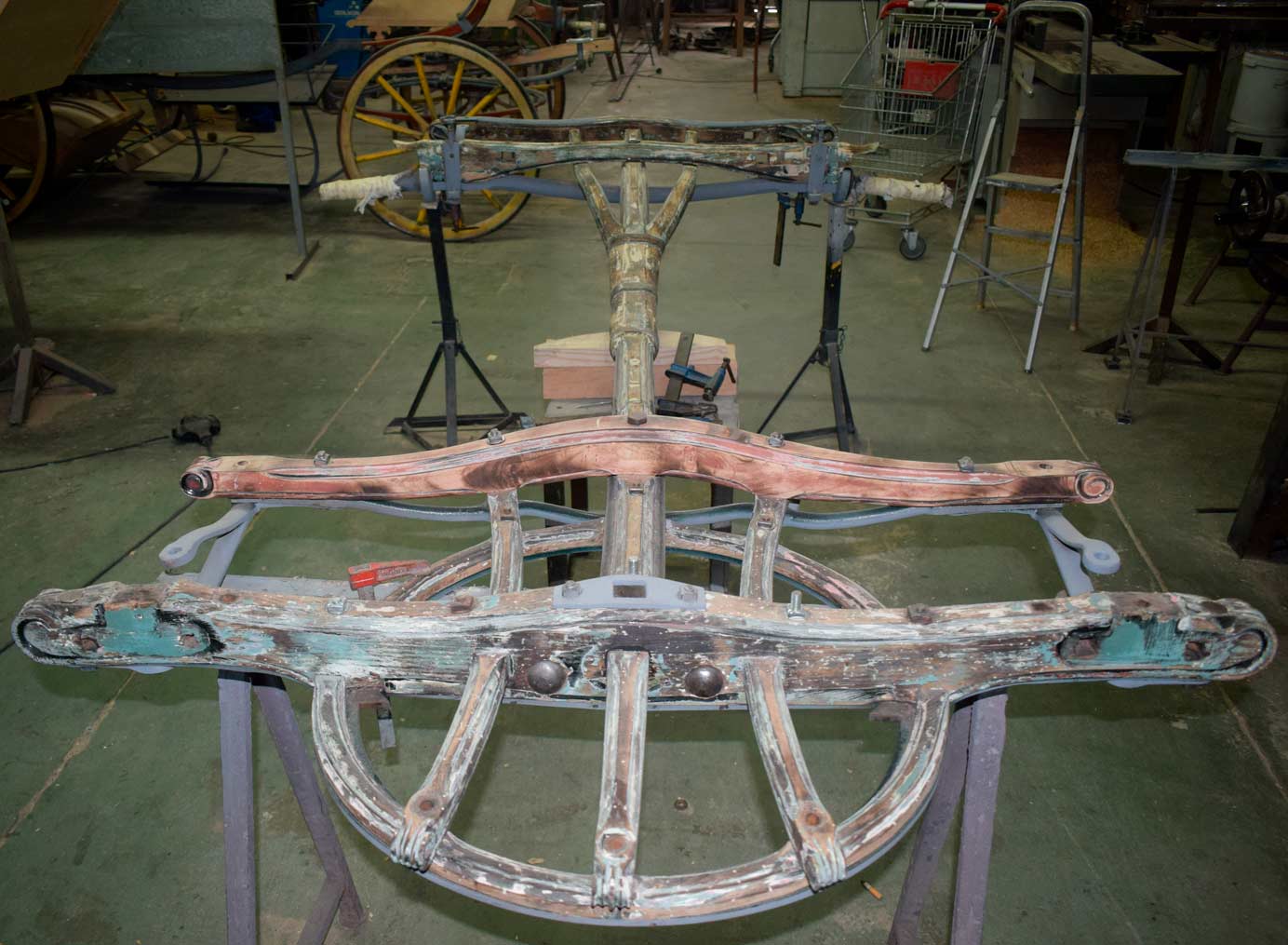 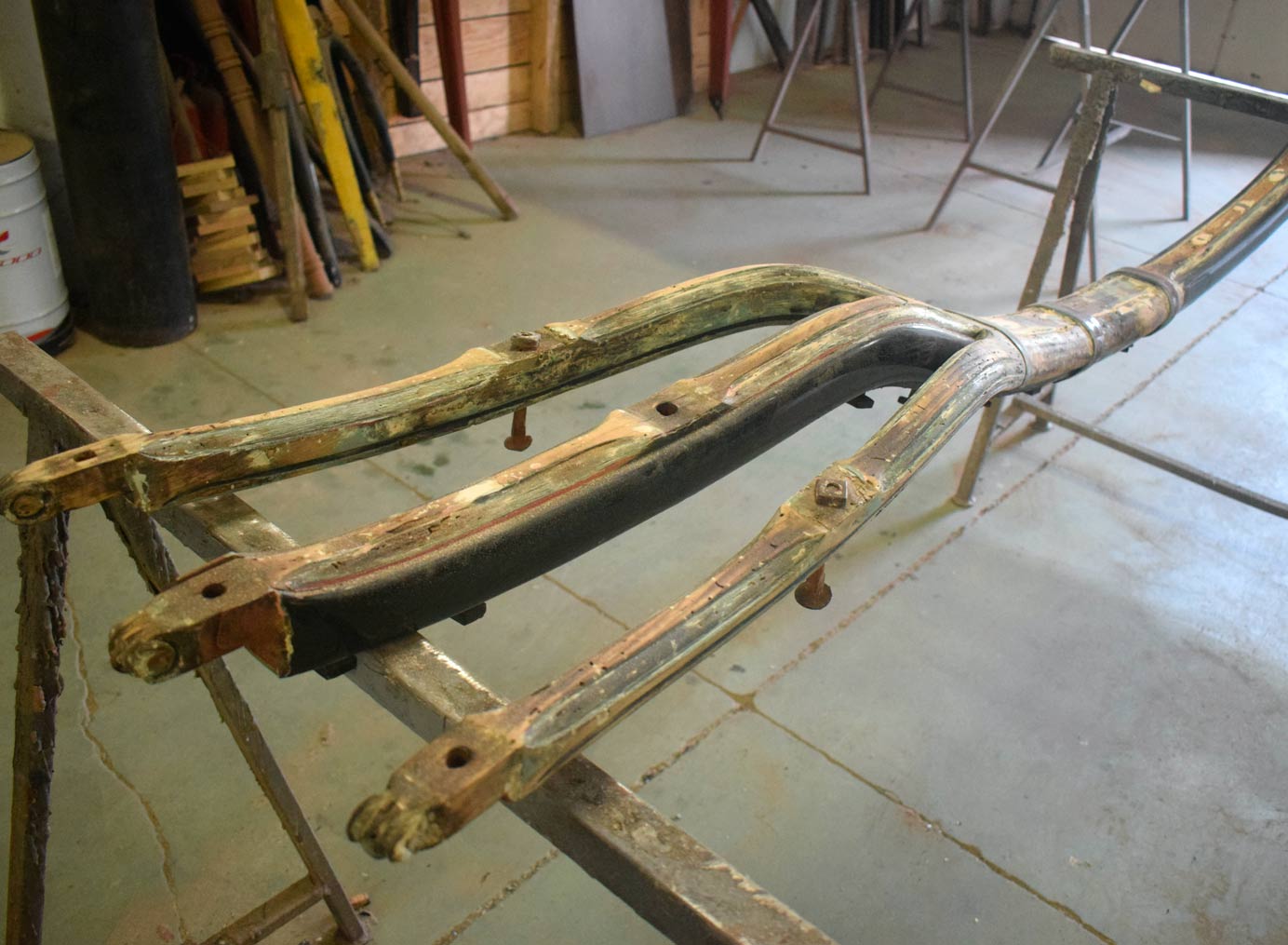 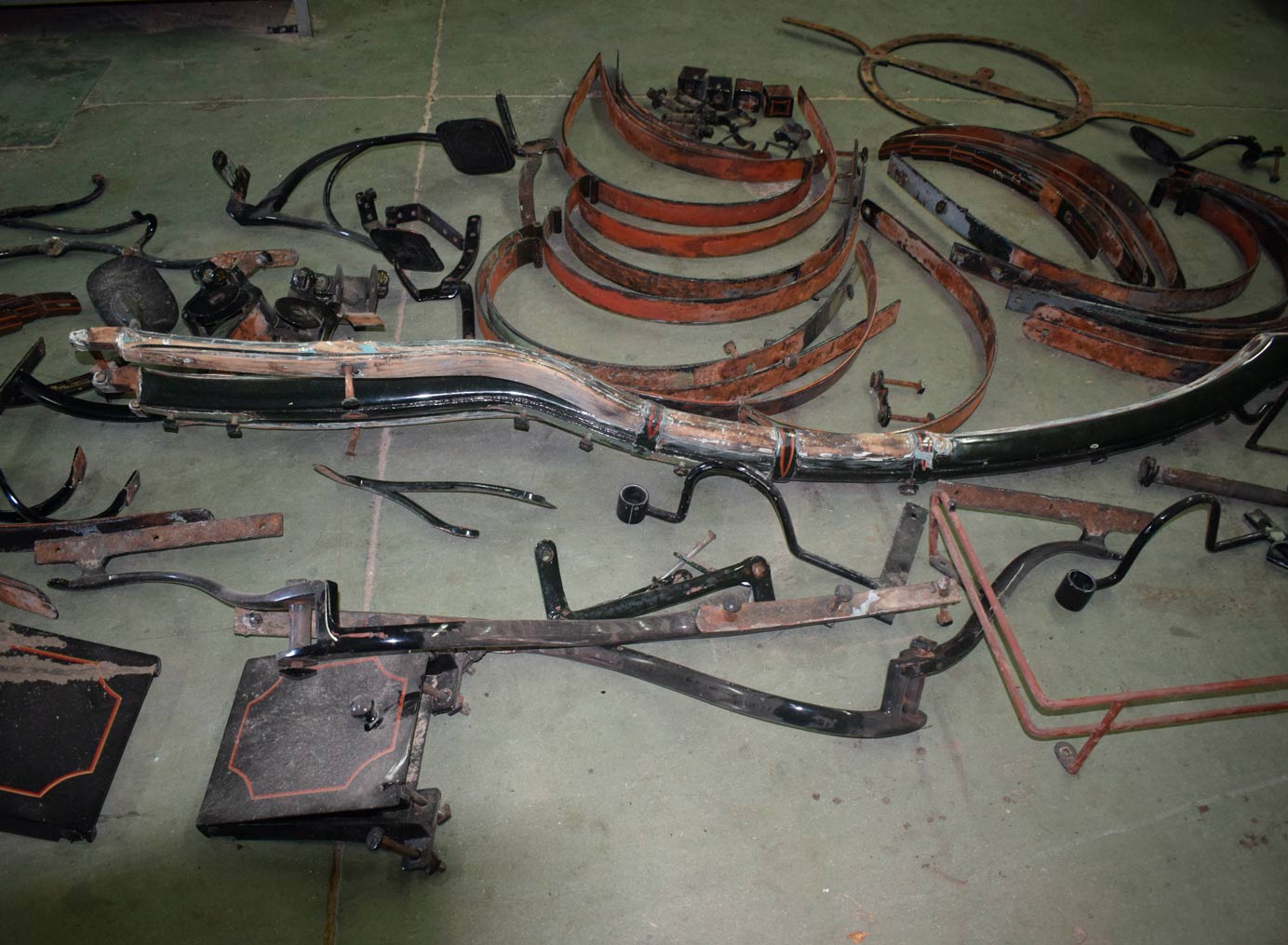 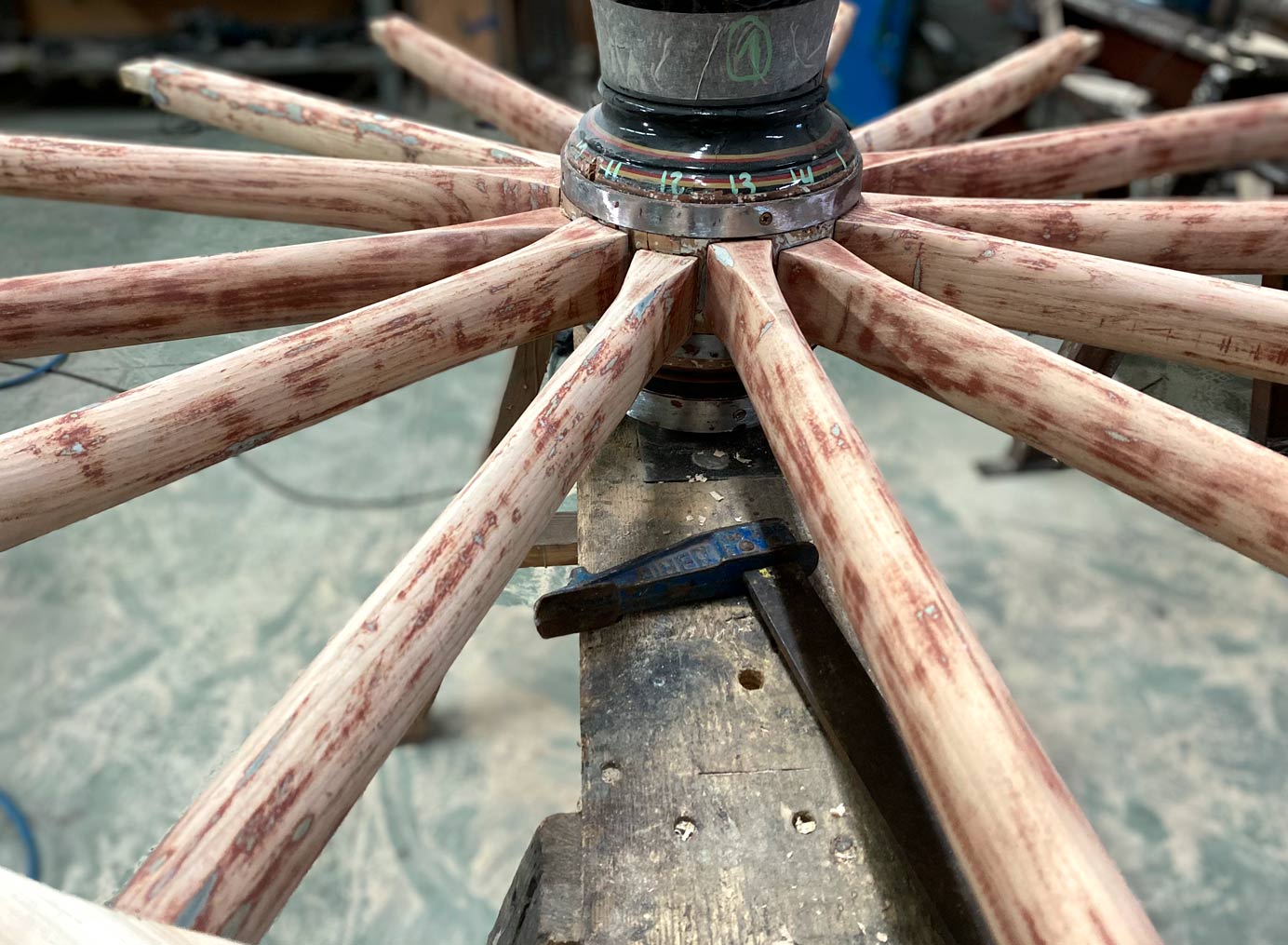 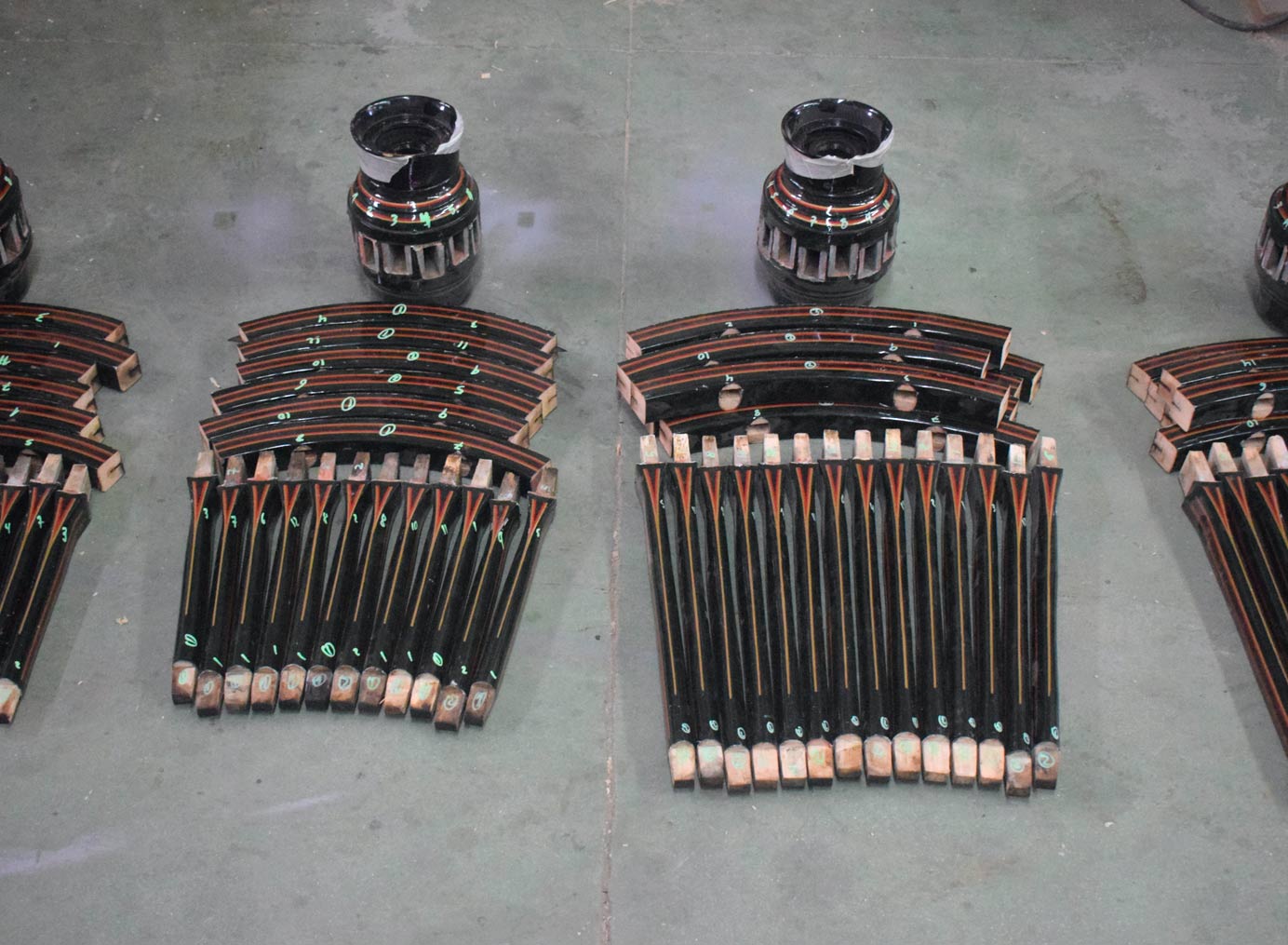 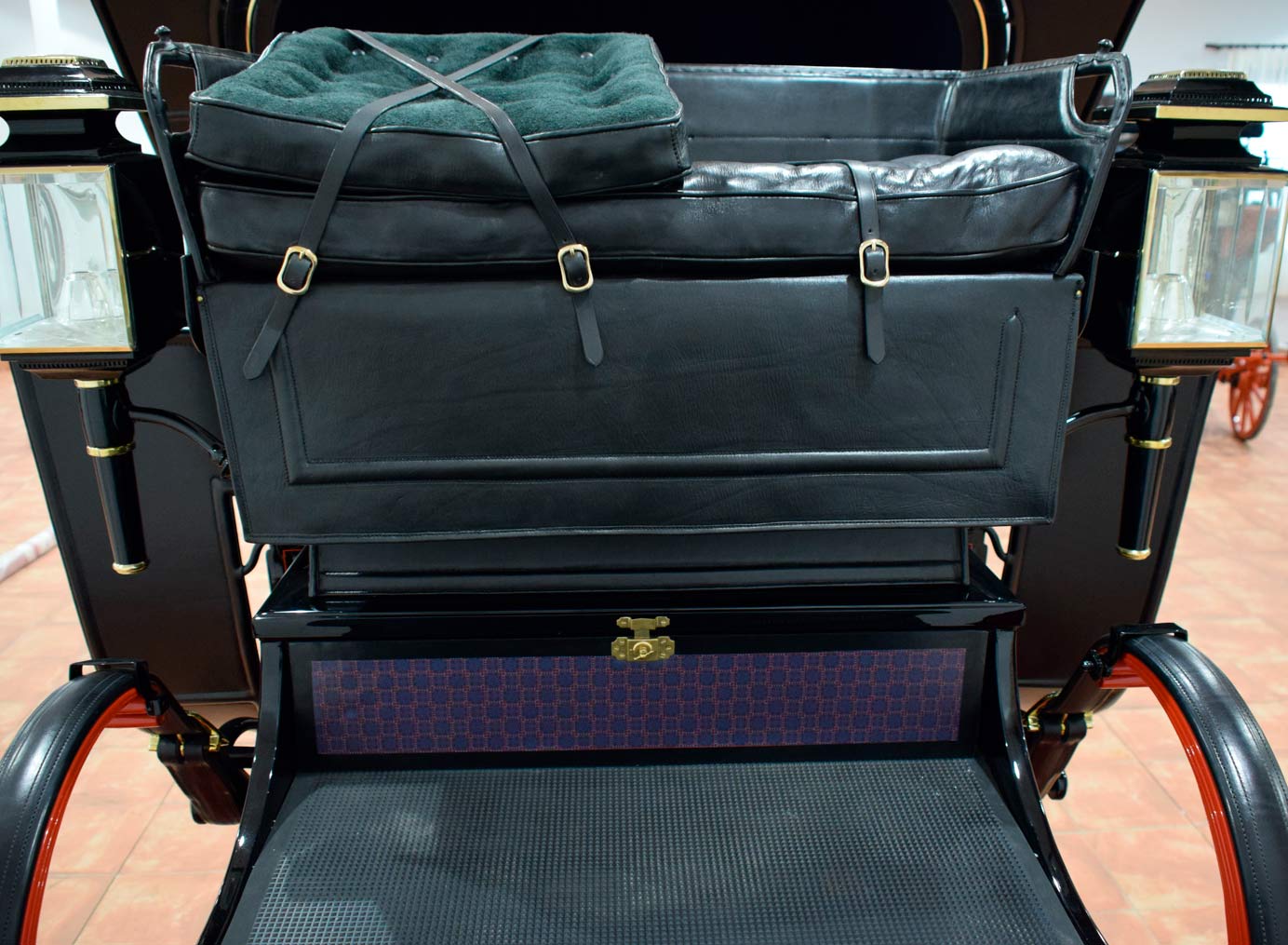 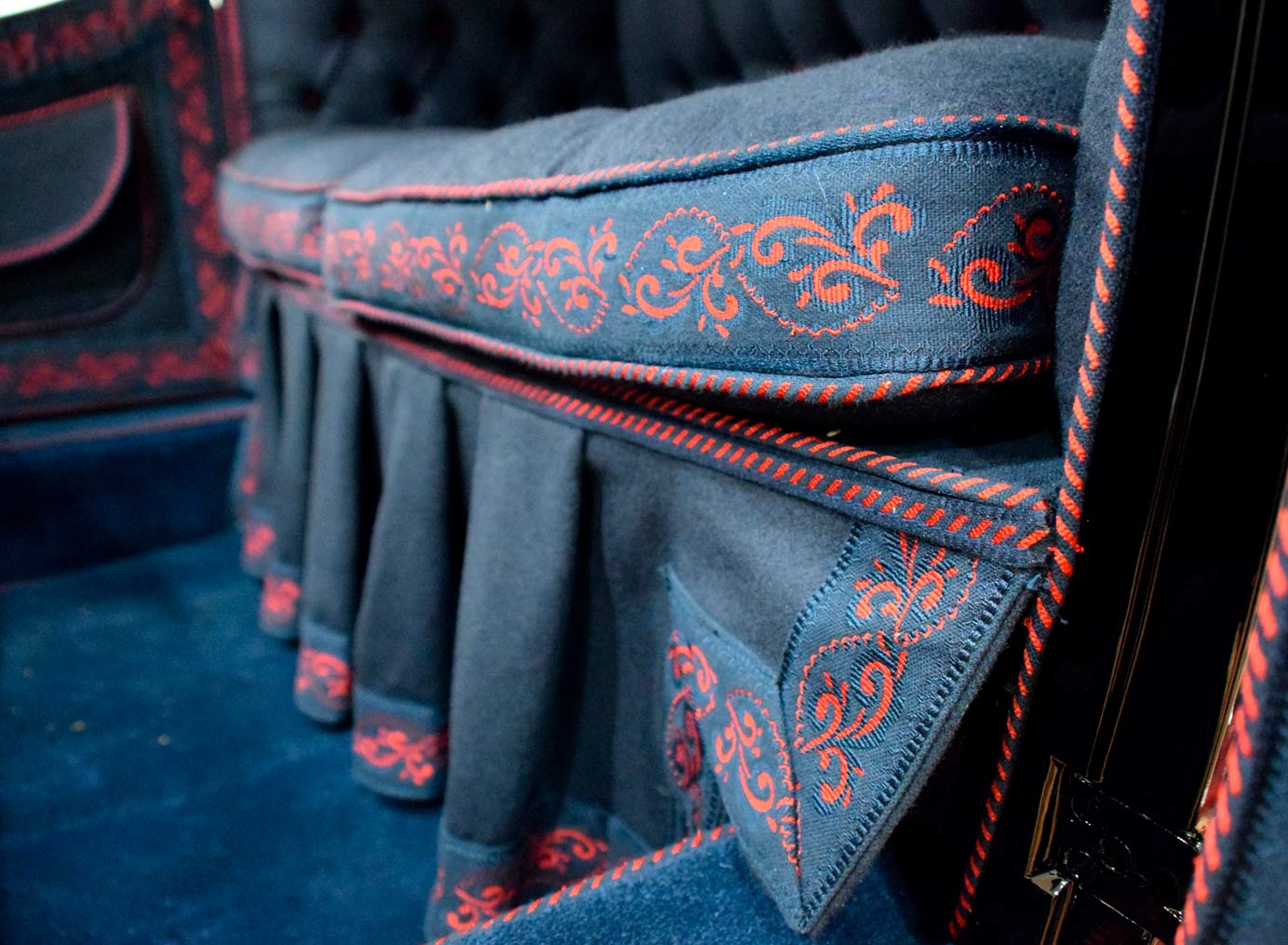 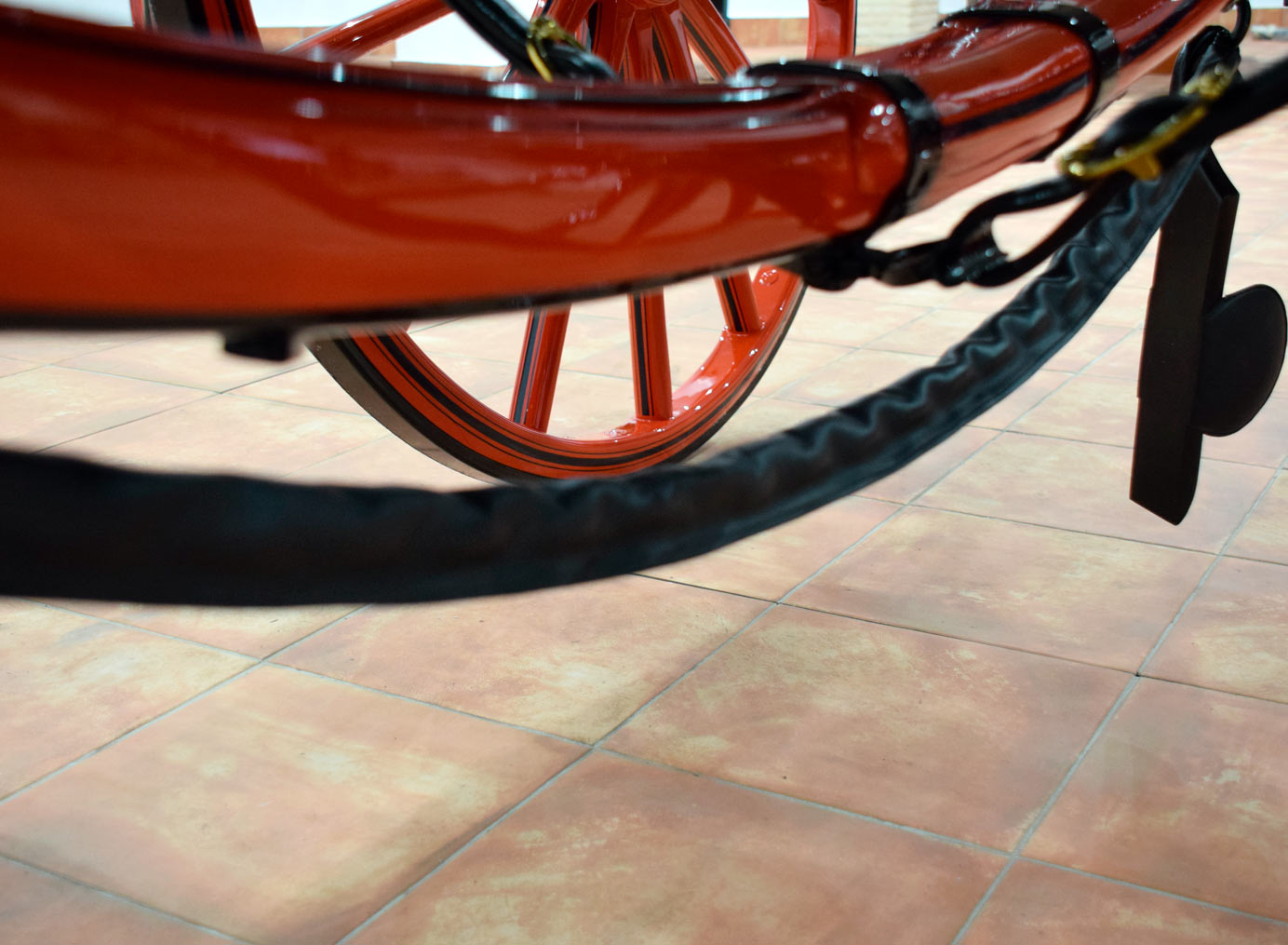 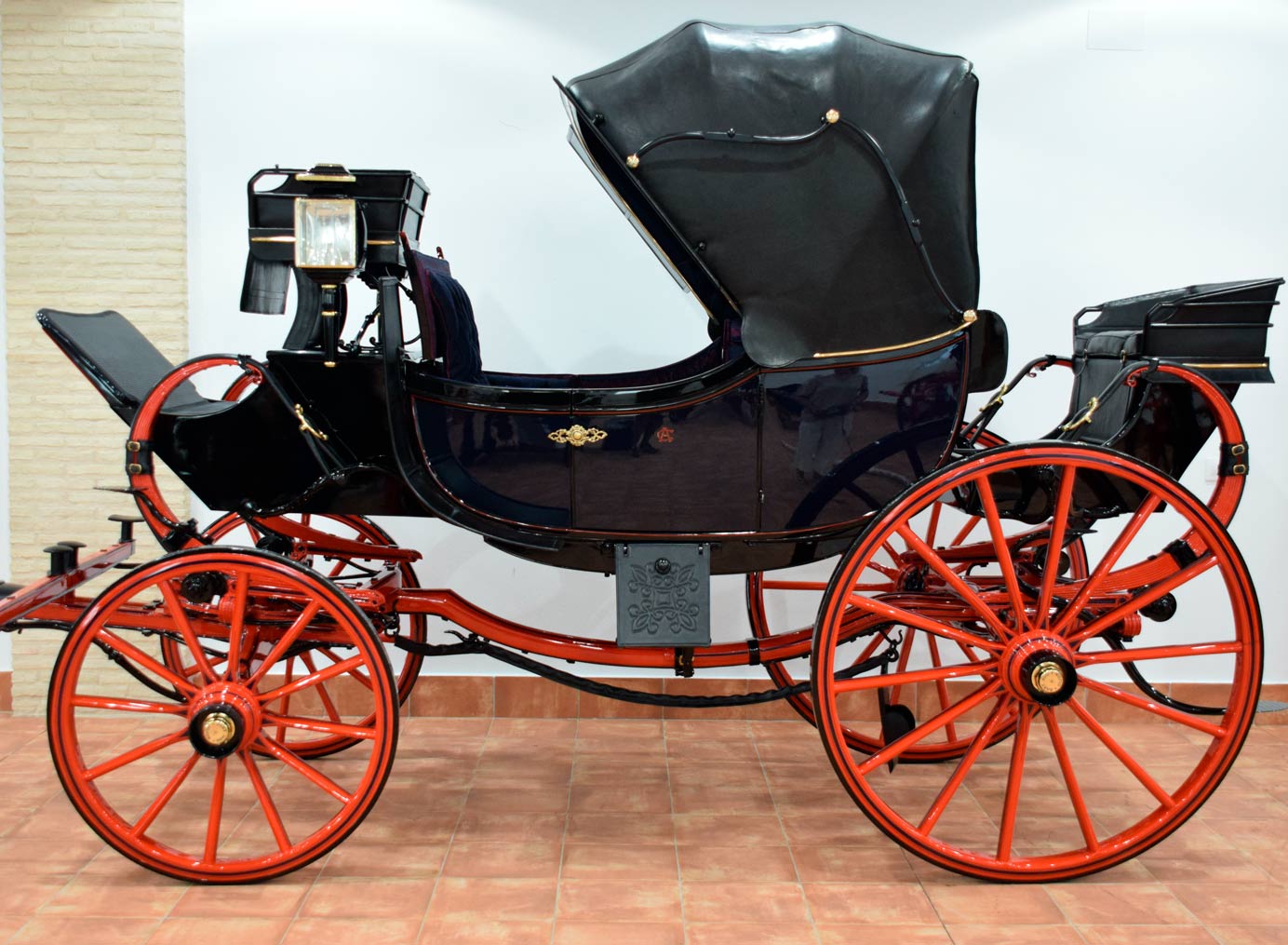 The Carretela carriage was created by the Bary Aine house in Dijon (France) in the 19th century. This restoration has been carried out in the Carruajes Romero workshop by the restorer best known as “Chano” through artisanal processes. 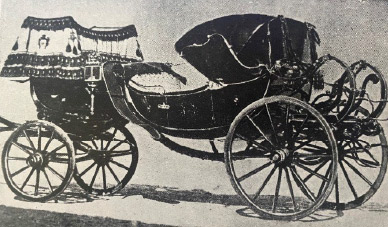 Carretela is known in Spain for being a carriage that descends from a 17th century German model called “Barutsche”. In the middle of the 19th century, it passed to England as a luxury private car.

Likewise, is known in France, in the same historical era, calling “Caleche”. Nowadays, it continues to maintain the distinction as a car symbol of social category.

It is called “Park carriage” since it was widely used in cities, for ceremonies and walks. It is one of the most elegant carriage models, not only because of its use, but also because of its low gondola shape, which gives it an appearance of apparent weakness.

Once the historical investigation of the piece and the physical methods of image examination were carried out, the following conclusions were obtained:

The state of conservation of the piece was pitiful. It presented lacks in the wood preparation layer, important deformations, oxidation in the structure and a serious textile deterioration of the seats and backrests.

Regarding the wood, it was very affected by xylophagous insects. On the other hand, the set showed a high number of cracks in the wheels and the box that compromised the integrity of the carriage.

The action proposal is approached under the principle of material conservation and complete recovery of the functionality of the vehicle, but respecting its authenticity, through a minimal action in terms of its material and chromatic reintegration, always respecting the fundamental principles to be taken into account in any action: stability, reversibility and discernibility.

The process has begun with the transfer of the carriage to the conservation-restoration workshops, where, after a first visual inspection, a detailed study of the carriage has been carried out, including an analysis of samples and photographic reproduction, using natural, grazing and ultraviolet light techniques, comparing them with the corresponding historical and technical study.