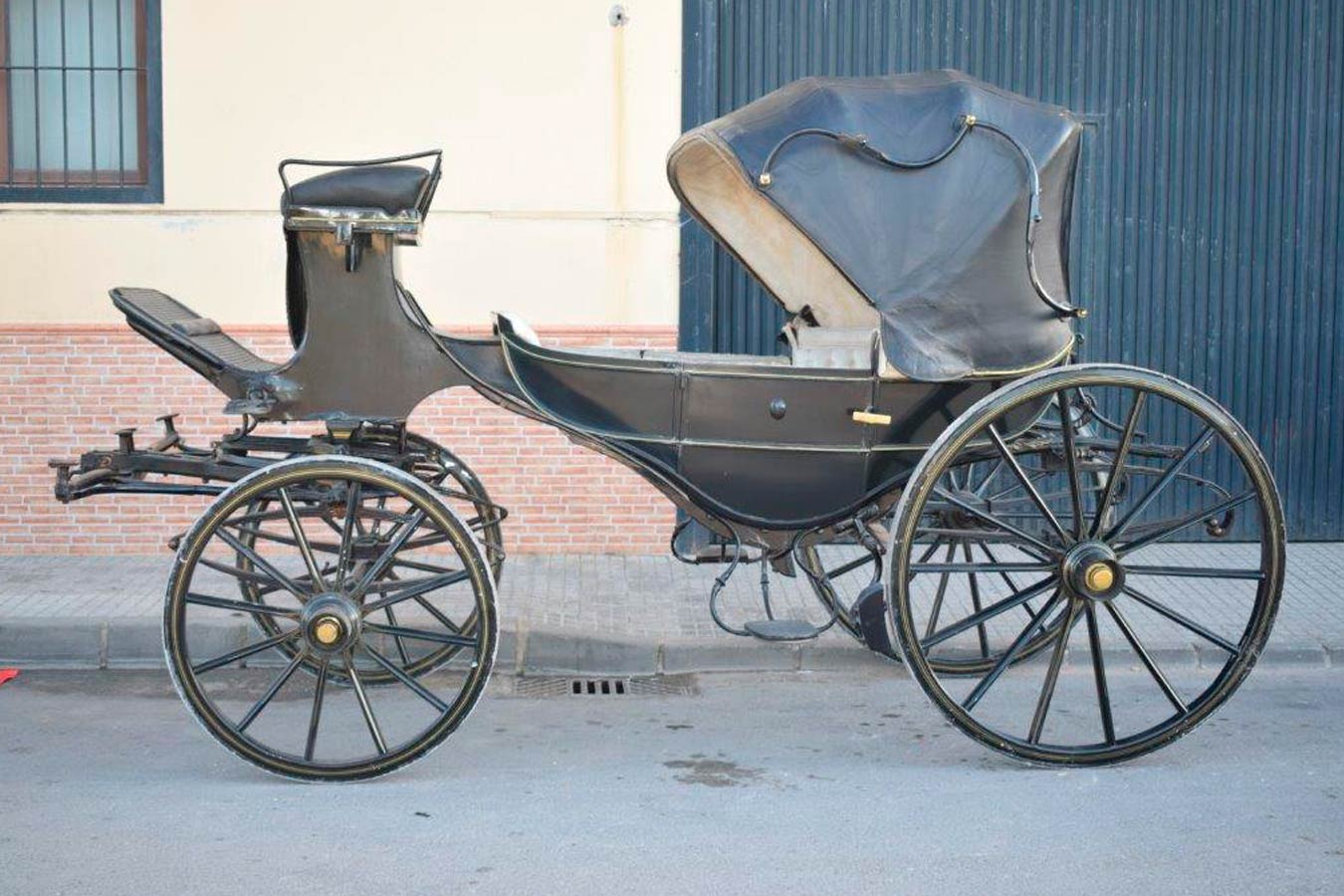 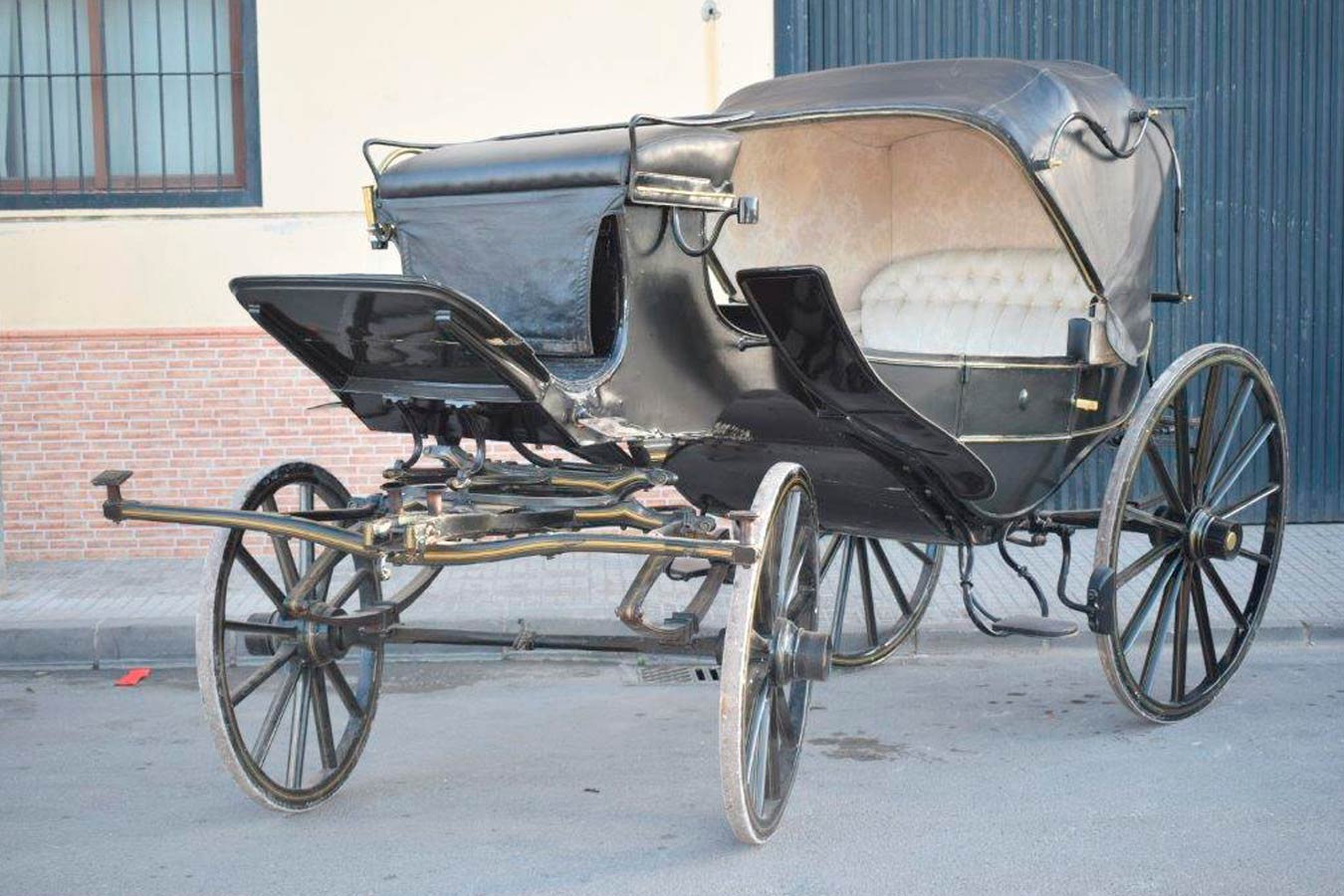 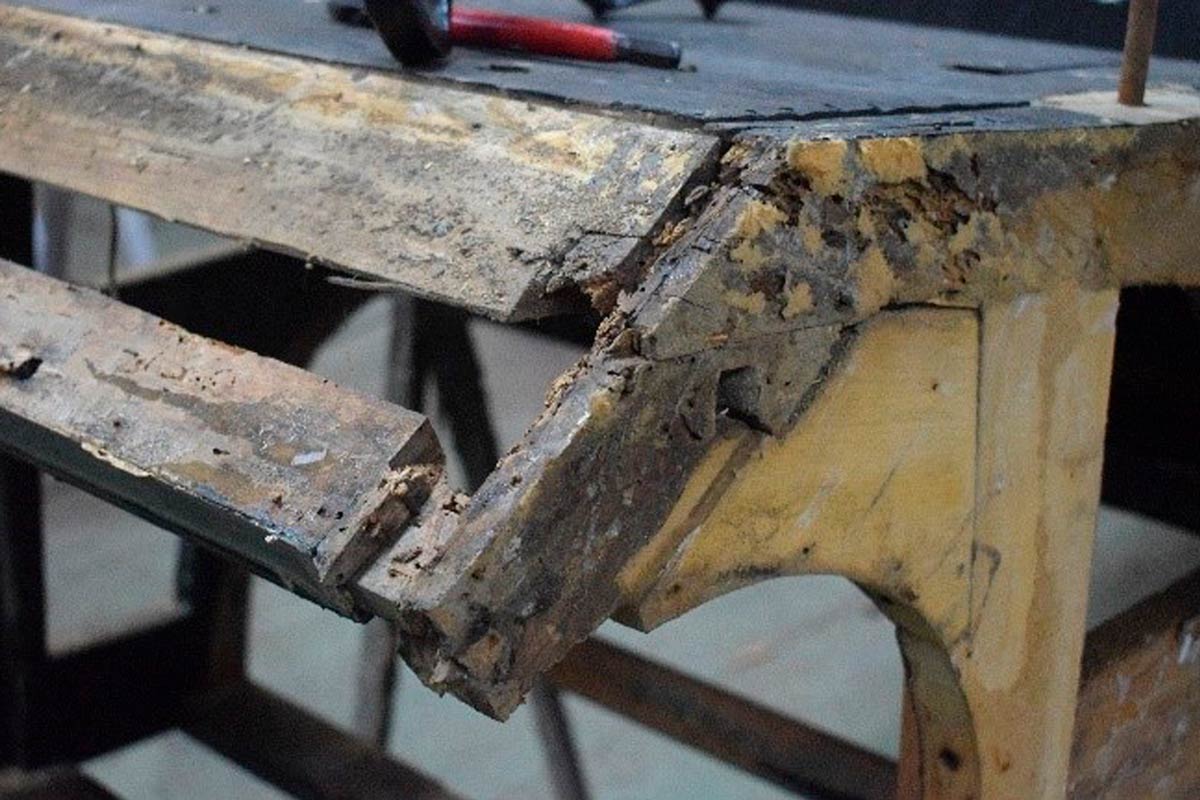 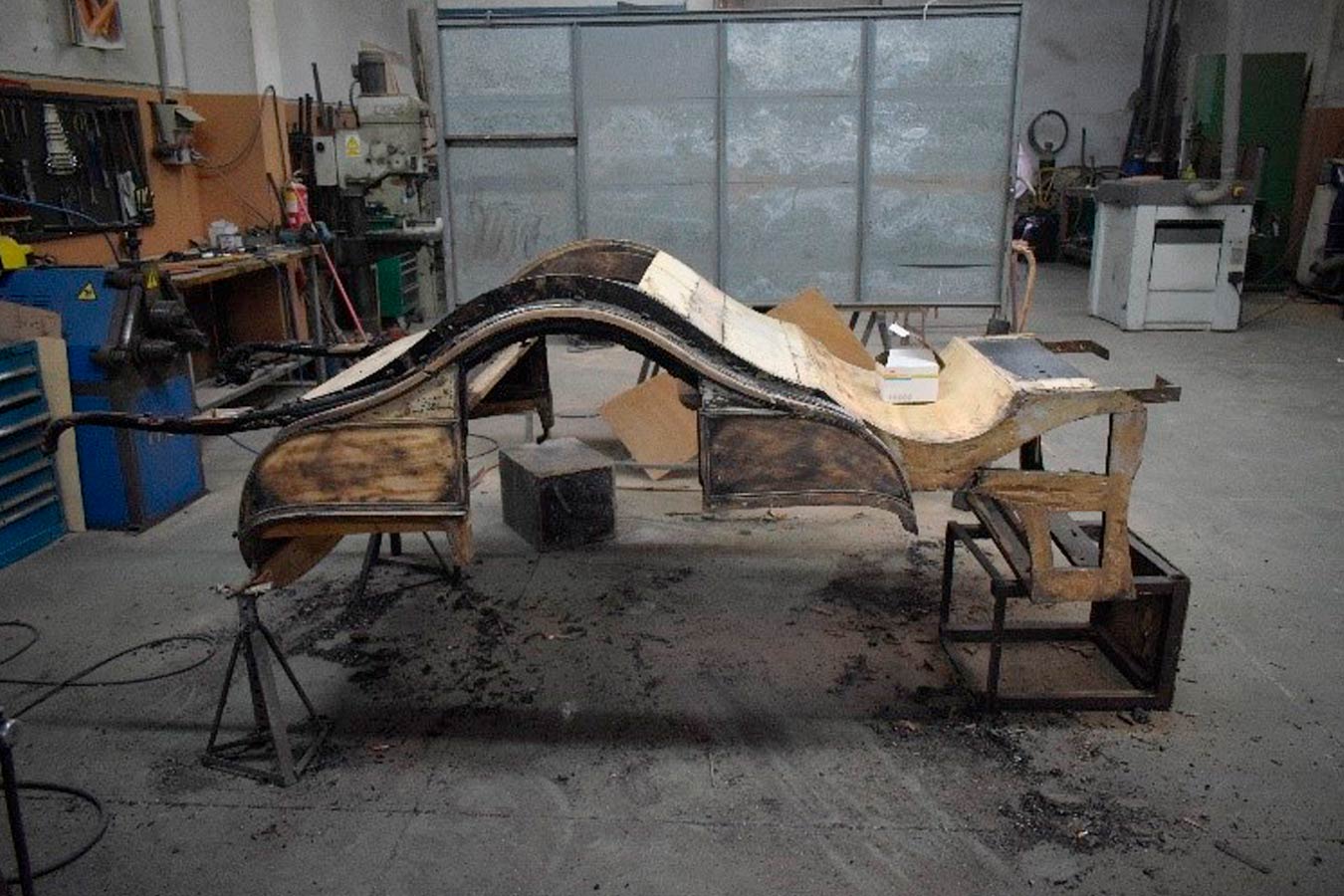 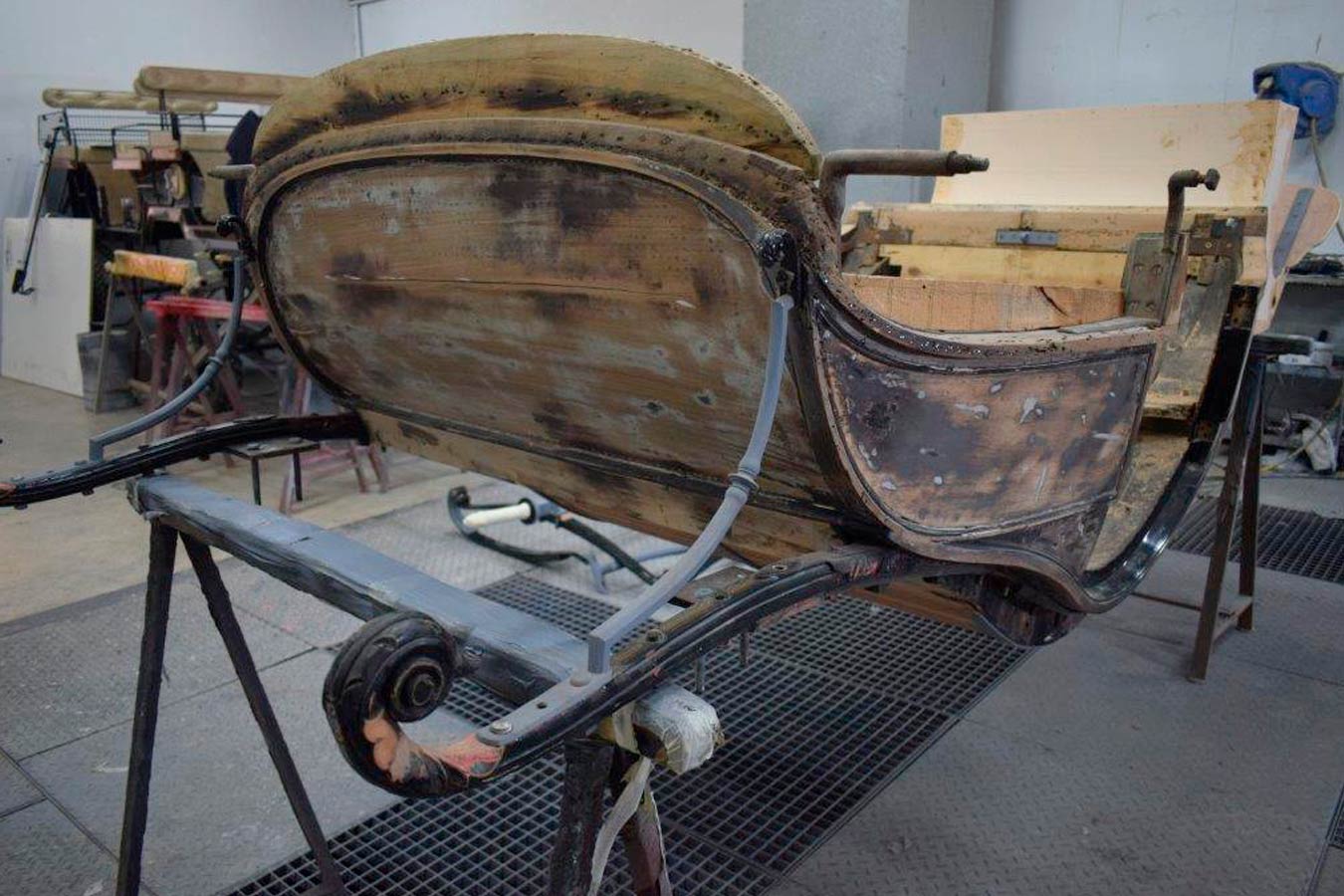 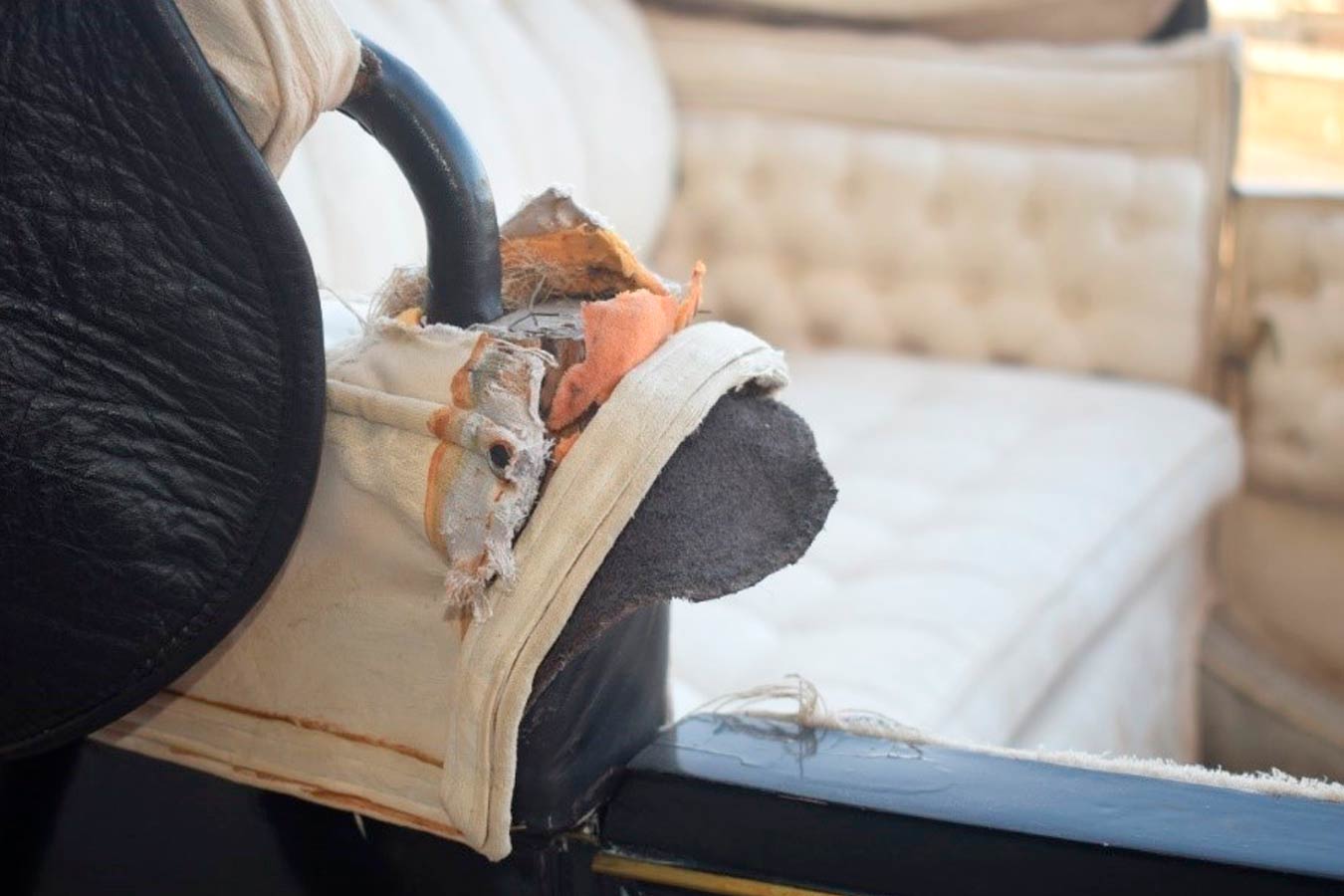 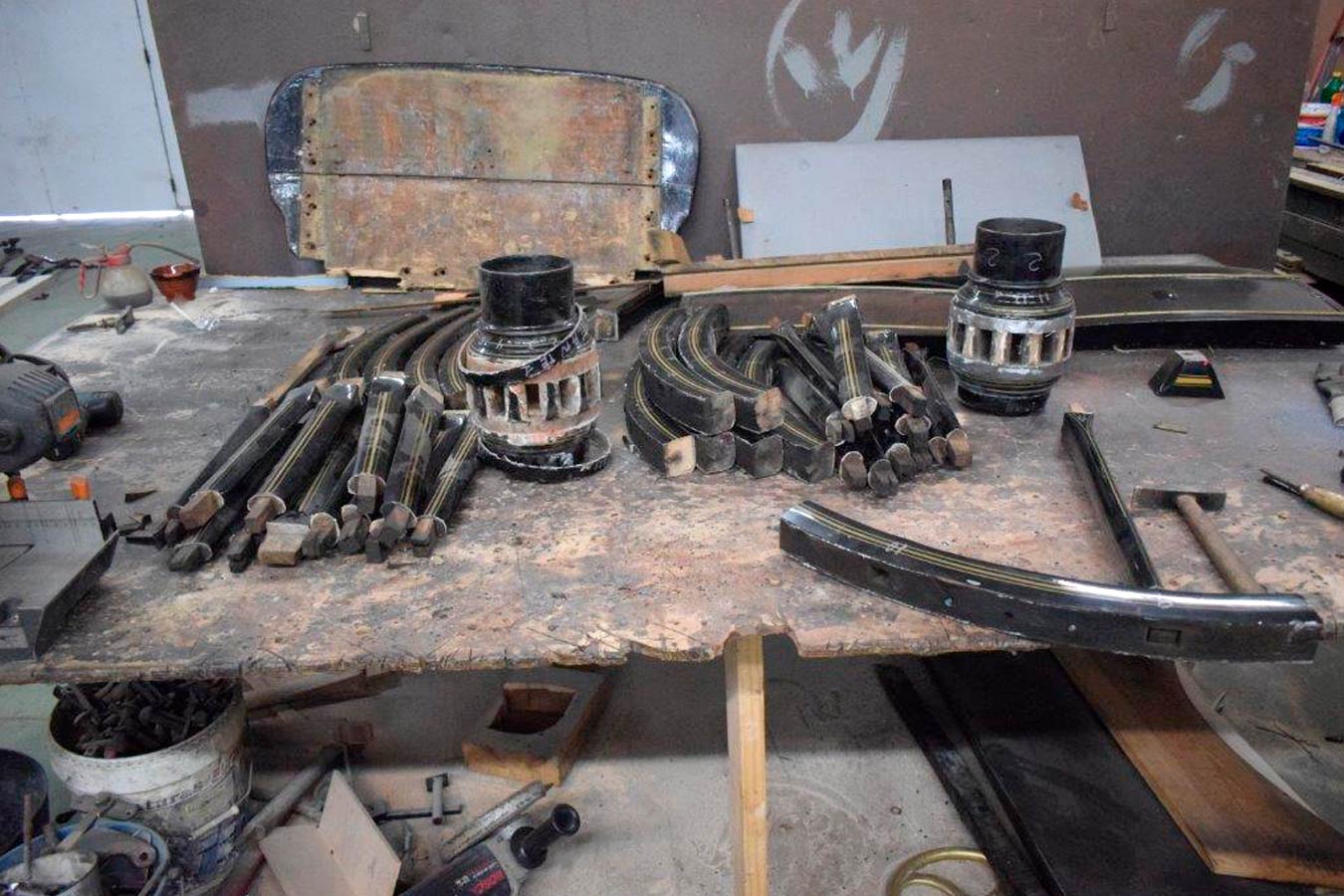 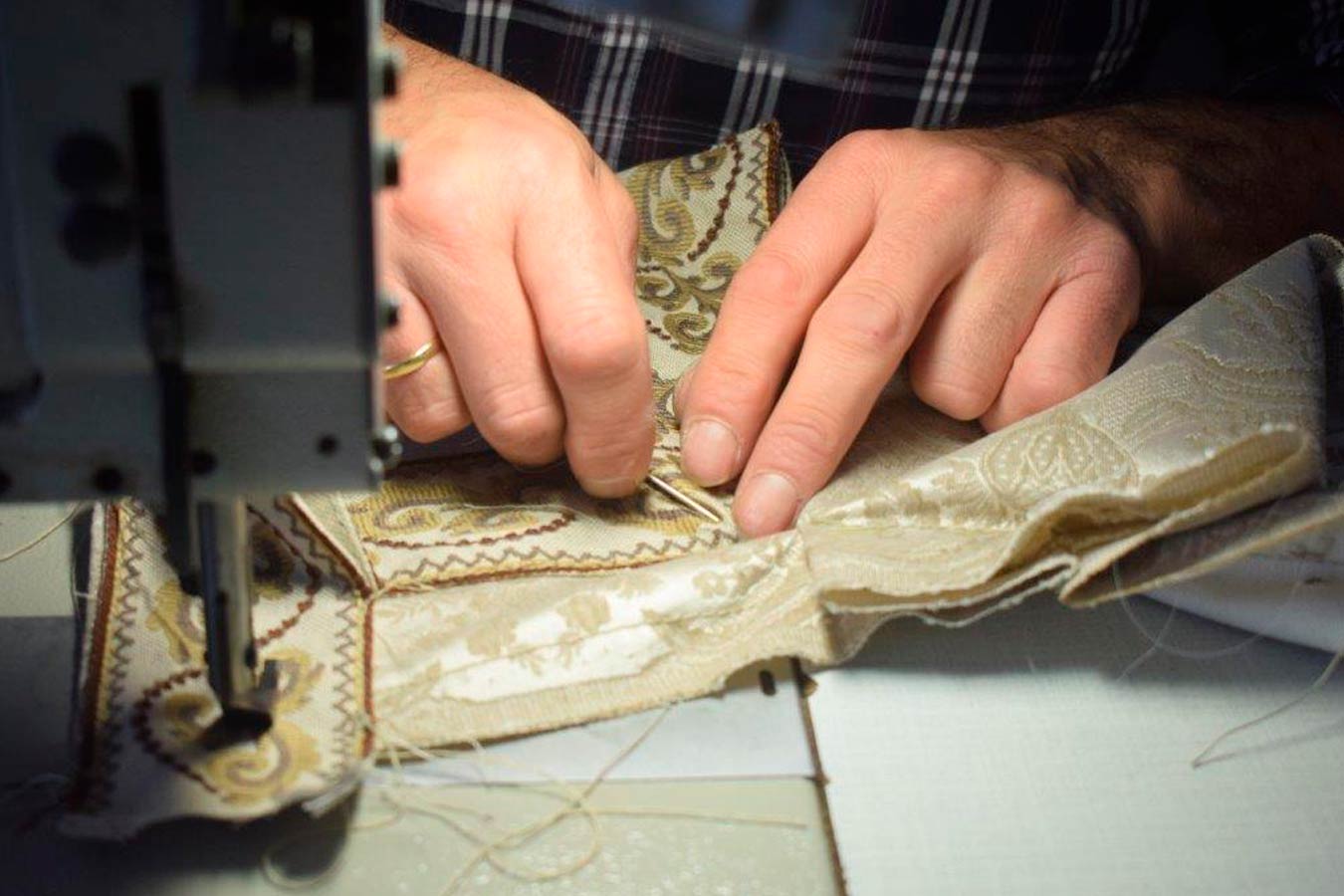 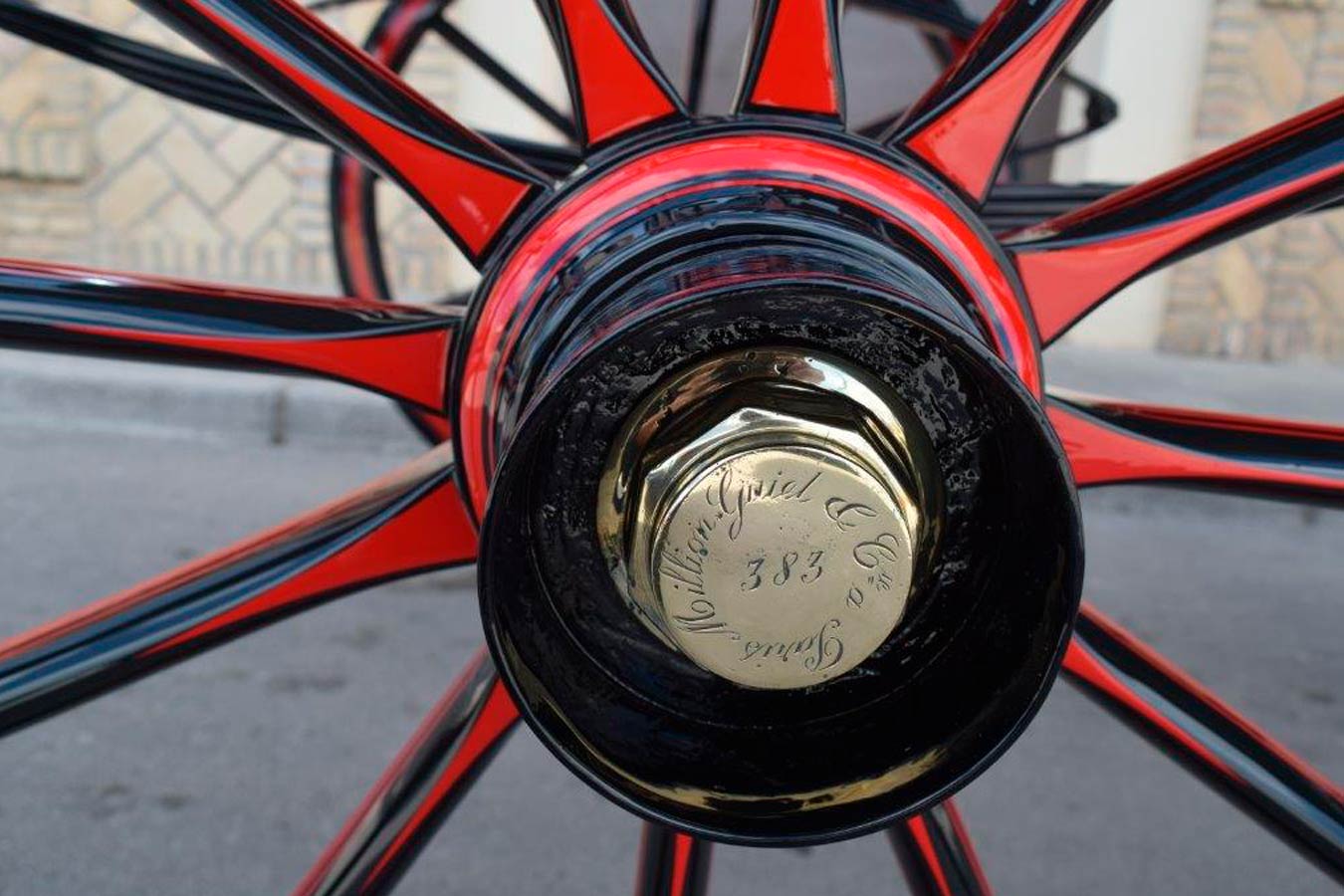 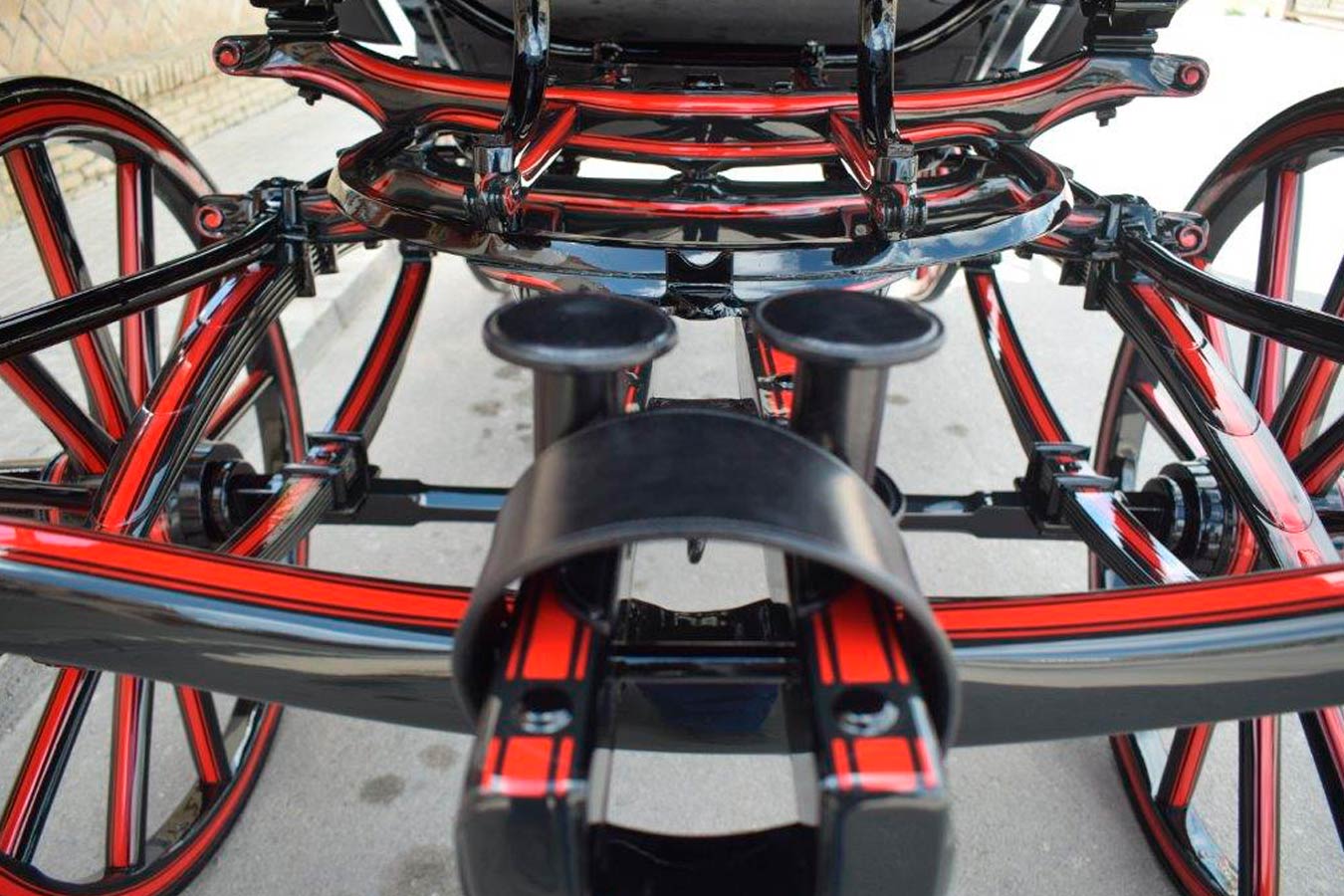 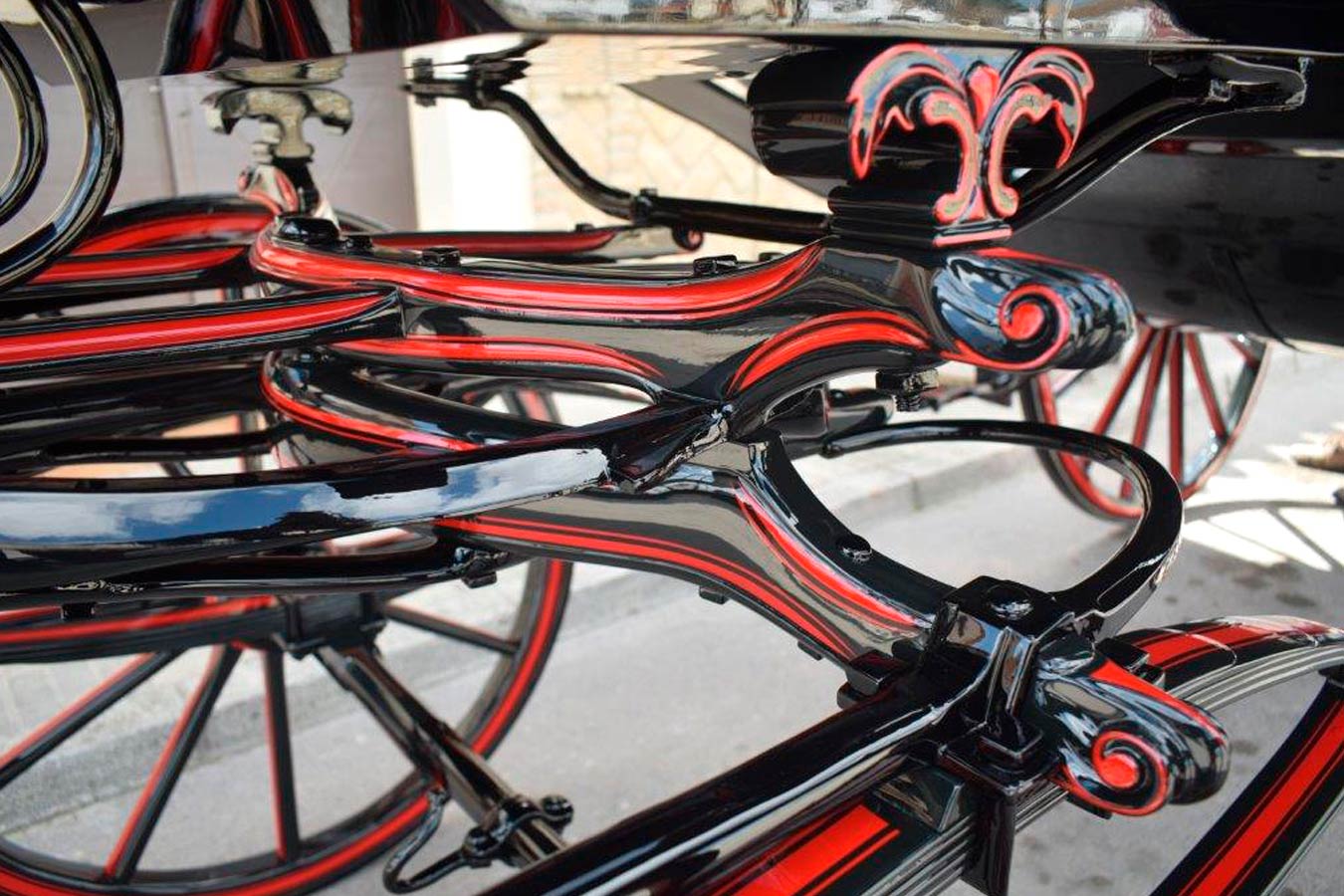 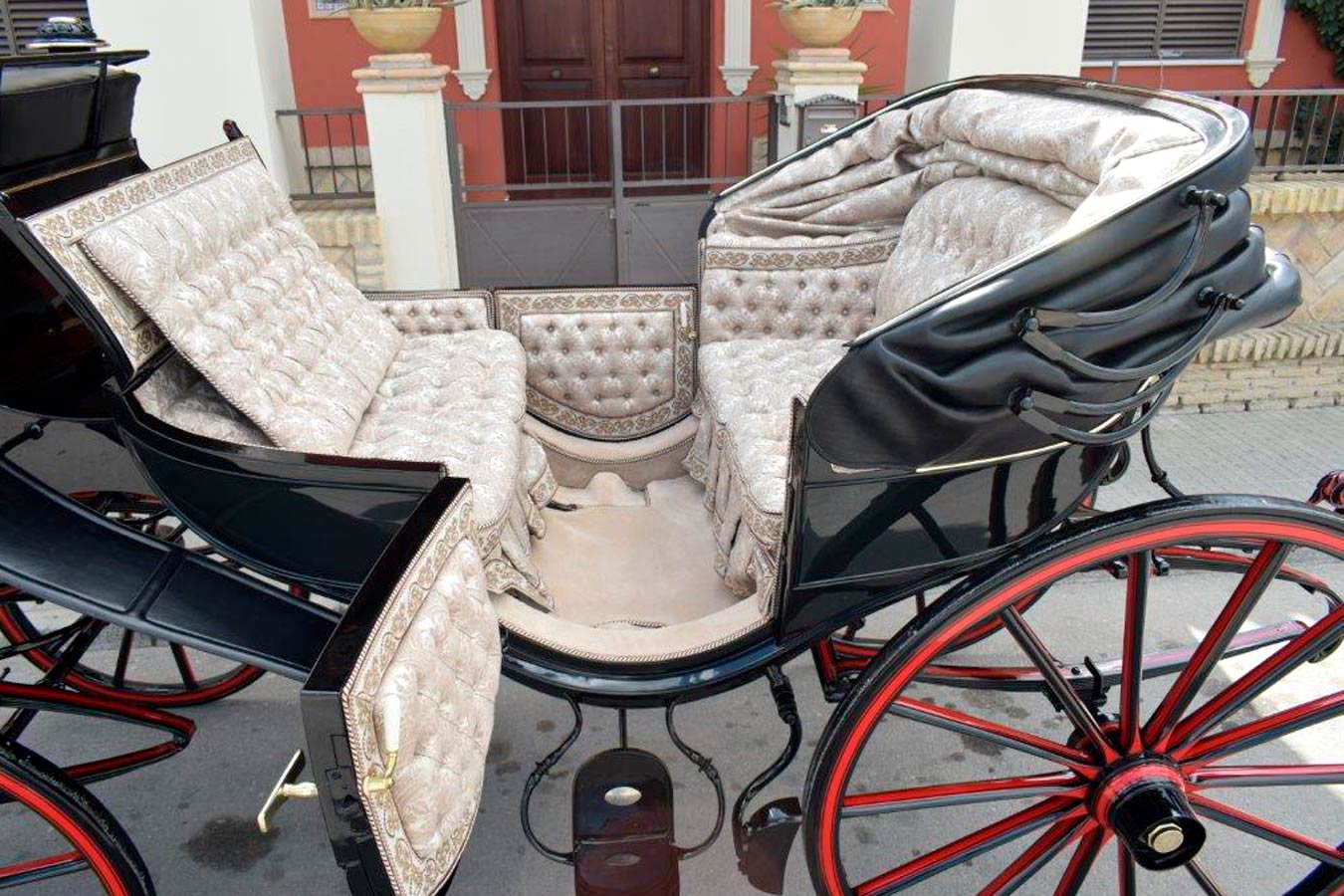 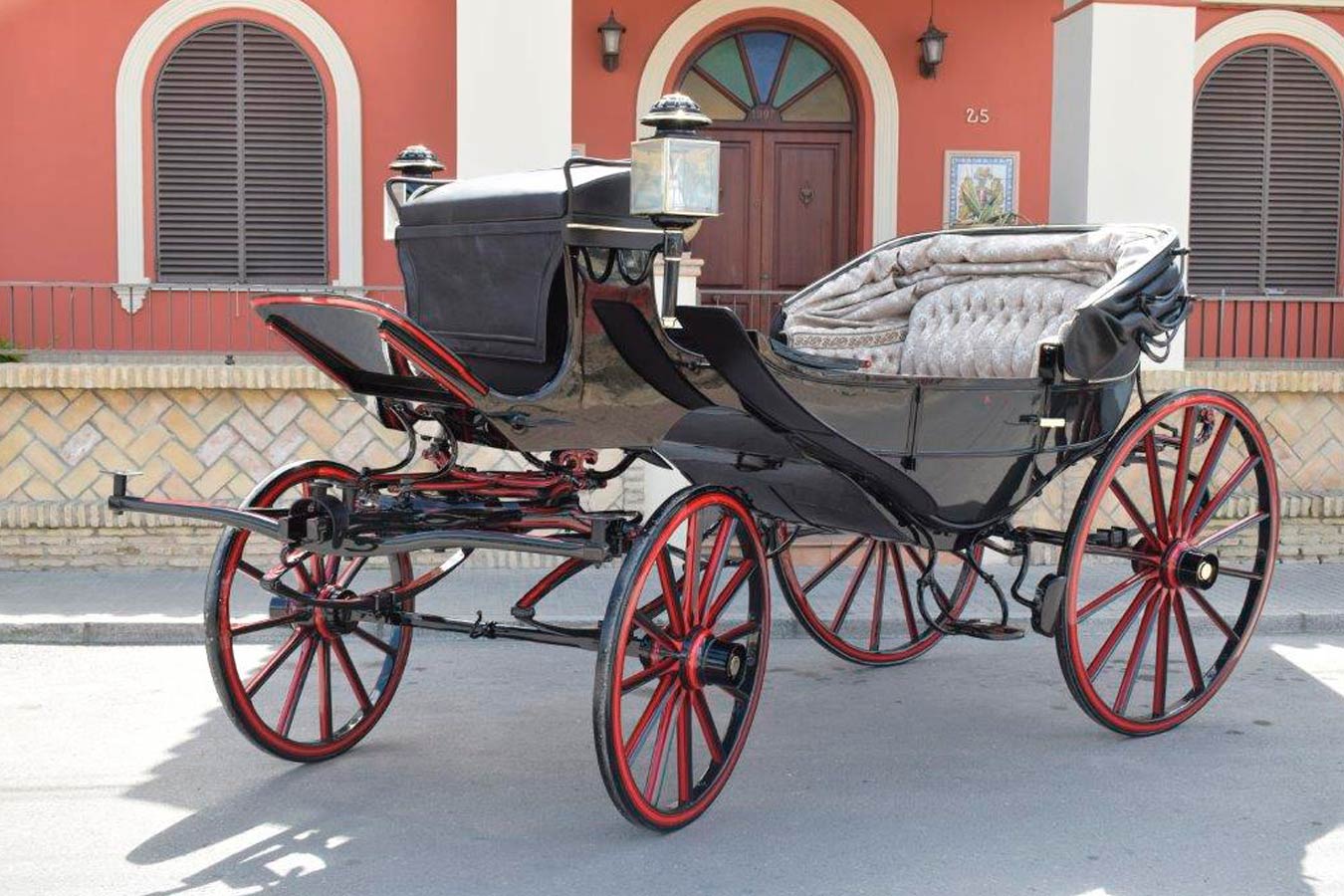 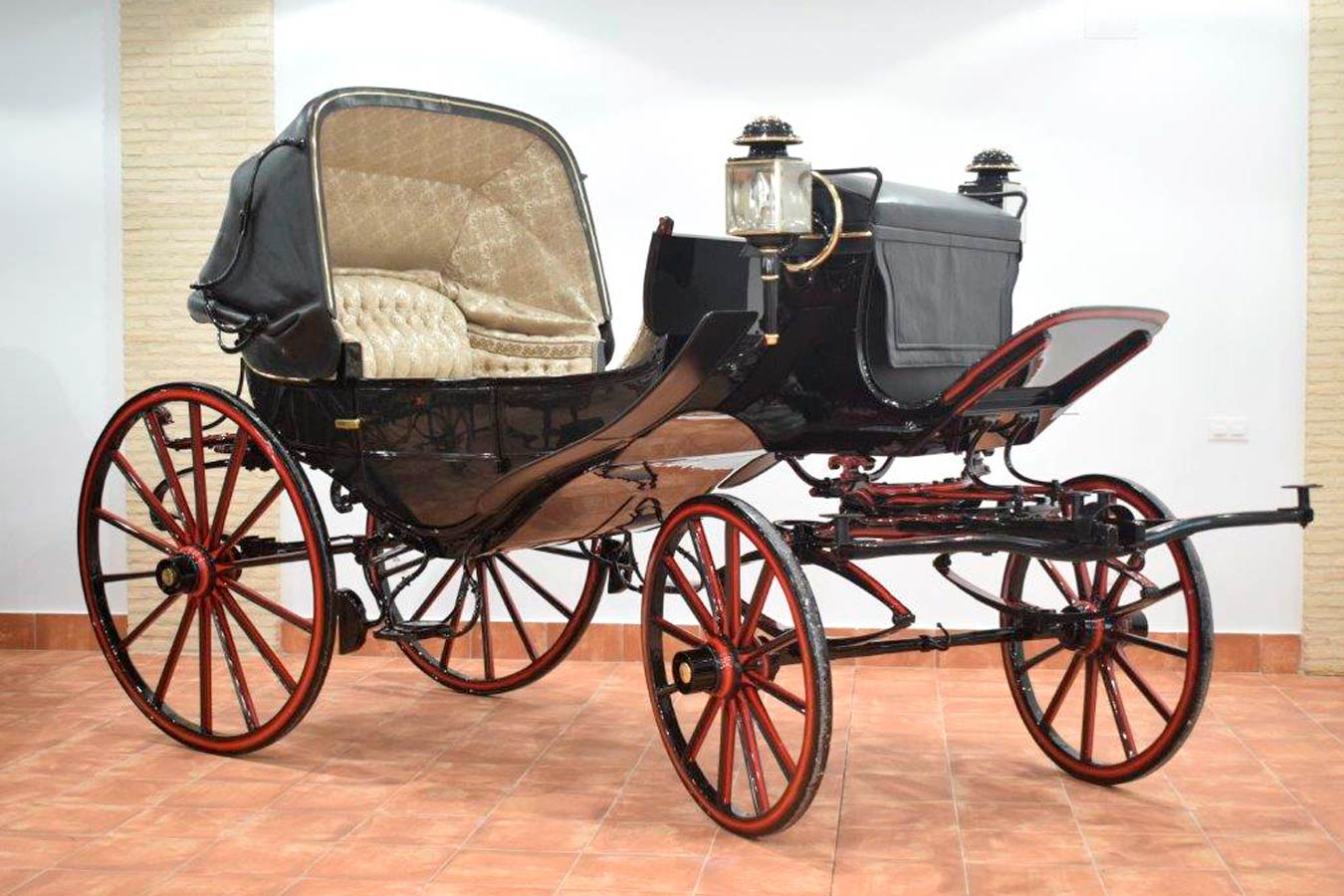 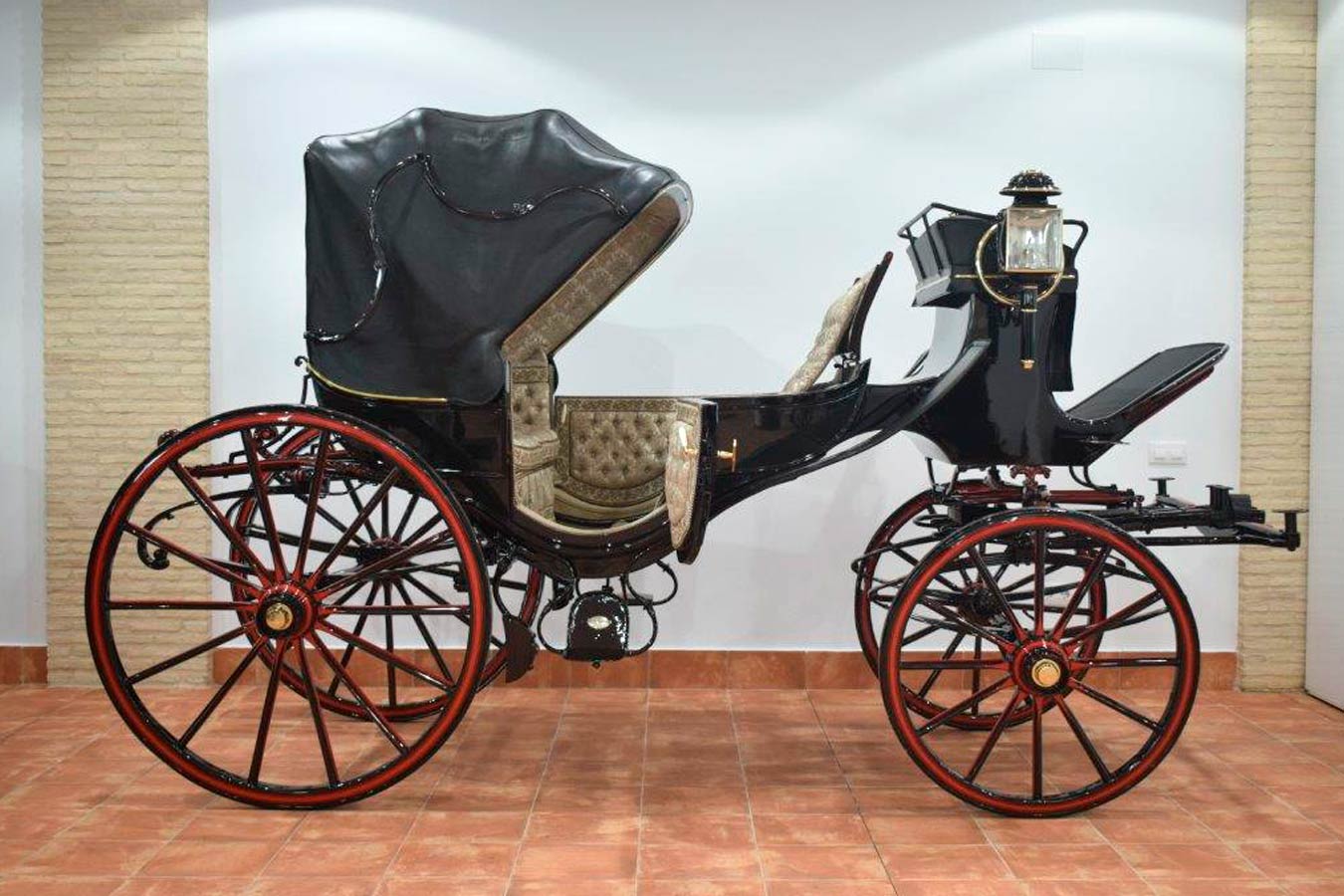 This carriage was created by Million-Guiet in the 19th century in France. Its restoration has been done by handmade processes in Carruajes Romero (Lebrija). 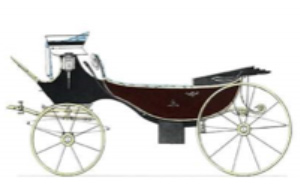 In Spain, a carretela is a carriage which descends from the 17th century German model called Barutsche. In the middle of this century, in England, it was considered a private carriage of great luxury. In France, it was called a caleche.

Today, it is a piece that denotes a high social status. It is called as “park carriage” because people used it for ceremonies or promenades in large cities. It is one of the most elegant models on the market. Its style is different, it is designed like a low gondola, which offers a sensation of sensitivity and delicacy. Its body is open and presents an extremely light and shallow line. It also has a double compass hood that protects the main seat. Finally, this piece has a second smaller seat, which can be covered with a folding cover known as Tobosa.

Once the historical investigation of the piece had been carried out and the physical methods of image examination had been performed, the following conclusions were reached:

The conservation status of the piece was horrible. It presents problems in the layer of the wood, significant deformations, rusting in the structure and serious textile deteriorations on the seats and backrests. The wood was affected by xylophagous insects. In addition, there were many cracks in the wheels and in the body, which could endanger the integrity of the carriage.

This project began when the piece is moved to Carruajes Romero studio. First, an ocular inspection and a detailed study were done. Our craftsmen analyzed the samples and photographed the piece using natural, grazing and ultraviolet light techniques. Furthermore, the information was compared with the historical study and the technical datasheet.

Then, the wood was cleaned, disinfected and consolidated. The most important part done during this restoration process included the reintegration, the treatment of cracks and rusted areas by a specific method known as “sand-blasting”. Moreover, the thick silk fabric known as “damask” was used for the renovation of the upholstery. It was traditionally painted in two colors and decorated with characteristic patterns (ornamental jacquard). This project also includes the renovation of the lanterns.

Then, green and black paint has been used in this restoration. Also, we have performed the artistic drawing technique known as fileteado (red paint). Finally, it was lacquered and received final protection.

This project shows a wonderful carriage, which has got a linoleum to safeguard the lower floor and it presents rubber carpets decorated with diamonds on the floor of the driver’s seat.